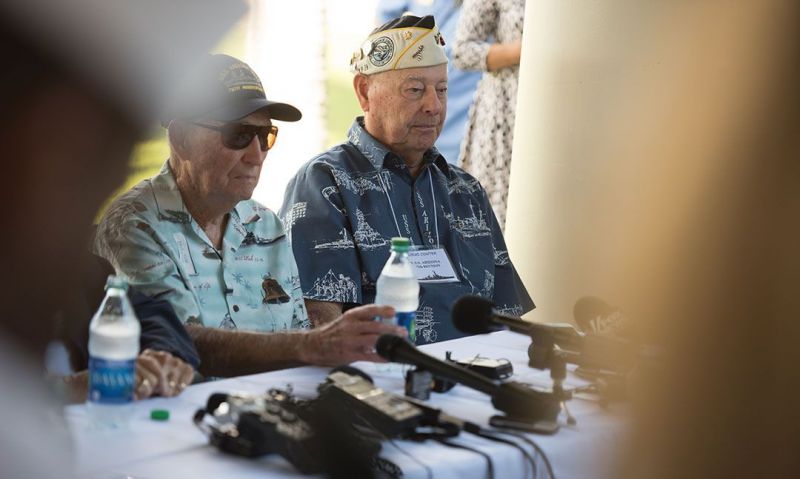 Stratton, who died Feb. 16, and five other sailors were in the Arizona’s burning forward mast when a sailor from Vestal threw them a line. “He crawled hand over hand, high above the water to safety, being burned over 70 percent of his body,” according to a National Park Service Facebook post.

Stratton re-enlisted and served out the war until his discharge in 1946.

Potts, a member of American Legion Post 13 in Provo, Utah, spent the night of Dec. 6 in Honolulu. He was returning to the Arizona with fresh produce when the first Japanese bombers attacked the harbor. When he arrived, the Arizona was already on fire. He climbed aboard and began rescuing some of his shipmates.

“I don’t remember ever being afraid. I don’t think I had time to think about being afraid,” Potts told the Provo Daily Herald in 2018.

Stratton, Conter and Potts were among four Pearl Harbor survivors who attended the 75th anniversary commemorations in 2016.

“People call us heroes,” Conter, a member of American Legion Post 130 in the Department of California, said at a 75th anniversary event. “We’re not the heroes. The 1,177 who went down with the ship are the heroes. You have to remember we got to go home, get married, have children and grandchildren, and we’ve lived a good life. Those who didn’t get to do that should be called the heroes.”