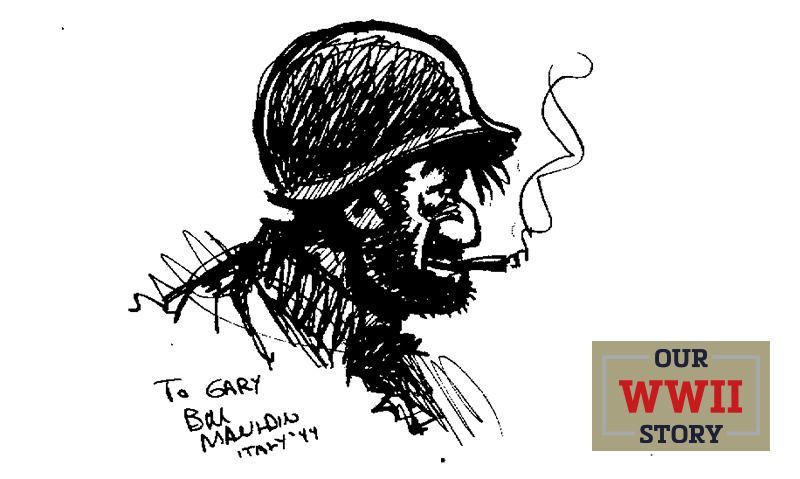 Gary Hoselton, a member of American Legion Post 114 in Wilsonville, Ore., sent to The American Legion as his World War II story an image of a sketch sent to him during the war by a relative:

“My uncle, Sgt. Victor Dallaire, who was a reporter and managing editor of various Stars and Stripes Mediterranean editions from North Africa, up through Italy, and across France into Germany, wrote often to me and included this sketch which Bill Mauldin drew for me, a happy student in kindergarten.”

Accompanying the sketch was a note: “Dear Gary – Willie here was drawn especially for you. Willie is the kind of guy who is actually doing the fighting of this war. He isn’t a very pretty fellow, but then war isn’t very pretty. You’ll be seeing Willie in the papers back home soon. Also his friend Joe. – Vic”

Dallaire worked in publishing after the war. Mauldin’s “Willie and Joe” comic strip became beloved; he received The American Legion’s PR Award in 1994, and was named one of the nation’s most beloved veterans in a 2014 American Legion Magazine poll.