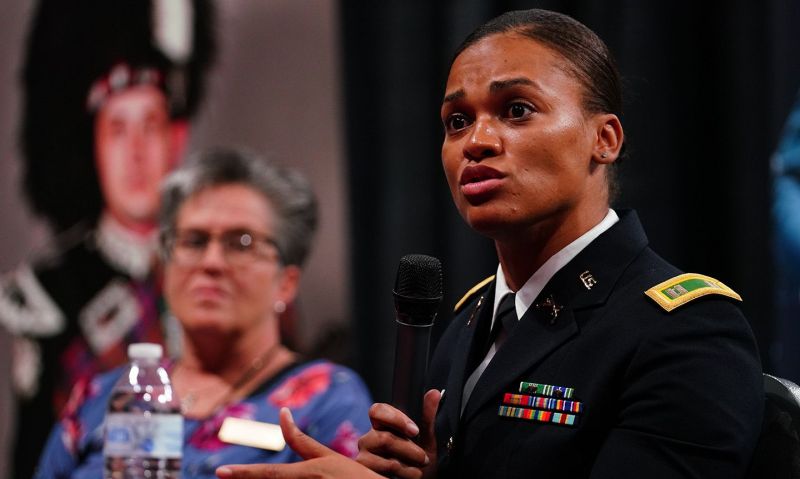 March is Women’s History Month, and military museums across the country are taking the opportunity to spotlight women veterans.

The Veterans Memorial and Museum in Columbus, Ohio, is highlighting the stories of women veterans in their recently opened museum – both from across the country and from within the museum’s staff and volunteers. The site will be updated throughout the month with videos, reading suggestions, virtual content and online programming.

The Military Women’s Memorial Foundation, part of the Women In Military Service For America Memorial at Arlington National Cemetery, is partnering with Comcast NBCUniversal on a new exhibit, “The Color of Freedom: Honoring the Diversity of America’s Servicewomen,” which will “highlight the contributions and stories of military women of color who have served in the U.S. Armed Forces throughout American history,” according to a press release. The exhibit has debuted at the physical memorial, but a virtual tour will be launched soon.

The foundation is also highlighting its National Registration Campaign. The register is open for all active-duty servicewomen, women veterans, and the family and friends of women veterans to document their service through a digital platform.

The National Museum of the U.S. Air Force, at Wright-Patterson Air Force Base in Ohio, has debuted the exhibit “Women in the Air Force: From Yesterday into Tomorrow,” which “covers historical issues, changes in laws and attitudes, and women's contributions to the Air Force mission. These displays, which are located throughout the museum, contain one-of-a-kind artifacts used by women in the Air Force from many different eras,” according to the museum’s website, but a virtual tour of the displays is also available.

The National Museum of the Marine Corps in Triangle, Va., has on its website a topic guide for women in the Corps, and a veteran’s story.

The Pritzker Military Museum & Library in Chicago has curated a special collection of its materials. Previous exhibits, oral histories, books, photos and posters are gathered on a dedicated page.