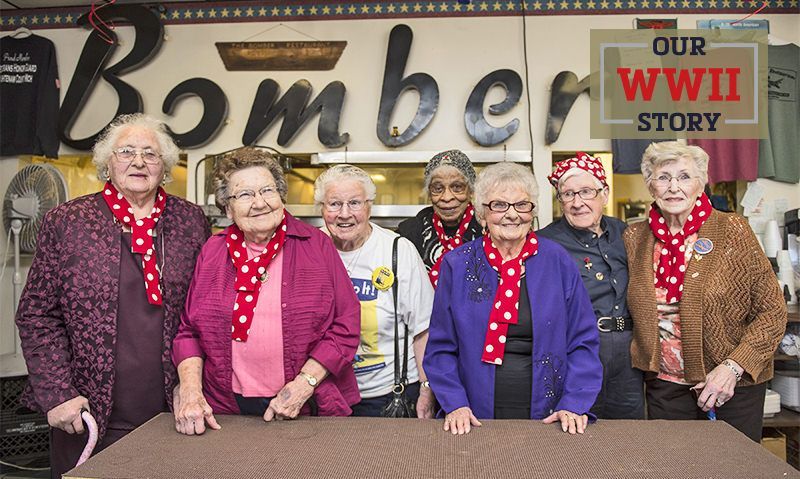 In 2016, a group of Rosies gathered at the Bomber Restaurant in Ypsilanti, Mich., to talk about their wartime service and their postwar lives. (Photo by Junfu Han)

March 21 was Rosie the Riveter Day, established to honor the 6 million women across America who streamed into factories and businesses during World War II to keep the war effort going while waves of servicemembers, recruits and draftees went overseas. Over the last two years – culminating in the December 2020 passage of a bill to award the Riveters the Congressional Gold Medal – small gardens across the country have been planted by everyone from Girl Scouts to Daughters of the American Revolution chapters, to American Legion posts and American Legion Auxiliary units.

The Rosie Memorial Garden concept came from the Spirit of ’45 Day collaborative. Its website describes its goals, the first of which is to “preserve the legacy of the ‘Rosies’ so that it will continue to inspire future generations of young women and girls.” Under the “Plant A Garden” category, steps take you from choosing a site and ordering Rosie the Riveter Roses to publicizing and growing the project. Among the Legion-affiliated gardens are those of:

- Multiple gardens by Stevens-Chute American Legion Auxiliary Unit 4 in Bend, Ore., including at a retirement community and a war memorial

Find existing gardens here. Another major observance around the Rosies is Spirit of ’45 Day, the second weekend in August. The American Legion Magazine published an article in 2017 that featured the reminiscences of a group of Rosies.