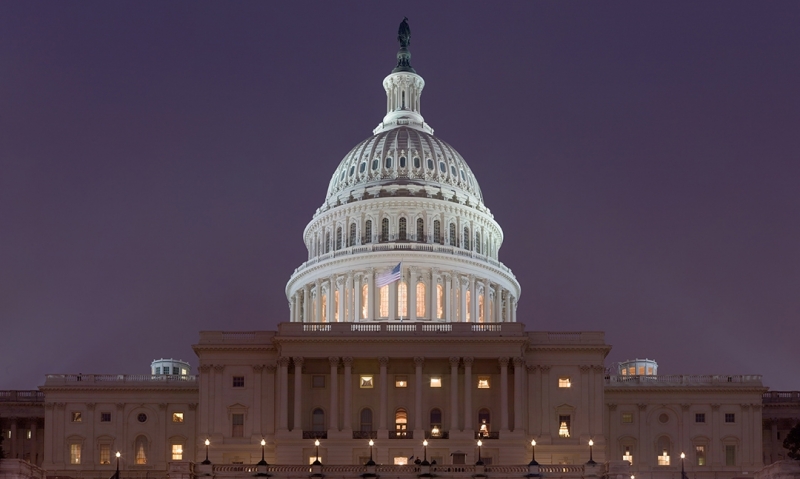 The natural order of the world, as we are being reminded on a daily basis, is not all that orderly. That’s a problem because order is important. In fact, it’s essential for individuals and nations alike. We need some modicum of order to live our lives and interact with others, to maintain free government within nations, to carry out trade among nations, and to keep the peace between nations. Of course, too much order is not good; it’s known as tyranny. But too little is just as bad; it’s known as chaos, which seems to be where the world is headed.

The United States and its closest allies have built a particular kind of order since the end of World War II. Some call it a “rules-based, democratic order,” others a “liberal international order.” Both terms aim to describe how the peoples of the West have tried to make the world work and indeed manage the world: They embraced and encouraged democratic governance; developed rules and norms of behavior; promoted liberal (freedom-oriented) political and economic institutions; and called upon governments to live up to the responsibilities of nationhood by promoting good order within and around their borders.

Although elements of this democratic order date to Wilson’s Fourteen Points and even earlier, this process of building a rules-based, democratic order began in earnest in August 1941, when Winston Churchill and Franklin Delano Roosevelt drafted the Atlantic Charter. Their goal was “to make known certain common principles” that would shape the postwar world: self-government, respect for borders and sovereignty, the rule of law, human dignity, an equitable peace, open markets and freedom of the seas.

These war aims gave the Allies something to fight for: “a better future for the world,” in the words of the charter. Ever the visionary, Churchill believed it would “remain a guide for both our peoples and for other peoples of the world.” And that’s exactly what came to pass.

FDR and Churchill were not so naïve as to think they could remedy the world’s ills with a piece of paper. Midwifing the democratic order they envisioned in 1941 came at great cost, and maintaining it requires constant, continued effort. The democratic order does not run on autopilot or grow organically. It depends on the world’s democracies deterring aggressive states, enforcing international norms of behavior, and serving as a last line of defense against the enemies of civilization.

As historian Robert Kagan bluntly explains, “International order is not an evolution; it is an imposition. It is the domination of one vision over others – in America's case, the domination of liberal free market principles of economics, democratic principles of politics, and a peaceful international system that supports these over other visions.”

“The present order will last only as long as those who favor it and benefit from it retain the will and capacity to defend it,” Kagan observes. “Every international order in history has reflected the beliefs and interests of its strongest powers,” he explains, ominously adding, “and every international order has changed when power shifted to others with different beliefs and different interests.”

This is not a matter just for generals, historians and policy wonks. The erosion of the democratic order has real-world implications.

Russia’s assault on the democratic order is both overt and covert. Its interference in elections in North America and Europe falls into the latter category. A U.S. intelligence report concludes that Moscow’s goal in targeting Western political institutions is nothing less than “to undermine the U.S.-led liberal democratic order.”

As to Moscow’s overt assaults on the democratic order, Putin’s Russia has invaded and occupied democratic Ukraine, annexed Crimea and now the Sea of Azov, invaded and lopped off part of democratic Georgia, violated numerous treaties that served as the foundation of post-Cold War peace, aided and abetted Assad’s beastly war, and regained a foothold in the Middle East.

In response to Putin’s assault on Ukraine, the Swedish government has reintroduced military conscription and is for the first time since 1961 distributing pamphlets “to every household” informing citizens what to do in the event of a military attack. The pamphlet is titled “If Crisis or War Comes.”

China, too, is employing overt and covert tactics against the democratic order. China’s “One Belt One Road” program is part of a wider effort to tilt, if not alter, the current world order. If Beijing succeeds, the international order will be more like China – and hence more hostile to democracy.

In a bid to annex the South China Sea piecemeal, Xi’s China has constructed 3,200 acres of illegal islands in international waters – deploying SAM batteries, anti-ship missiles and radar systems on these “Made in China” islands. One of the islands features a 10,000-foot airstrip – long enough for bomber aircraft. All told, Beijing now has 27 military outposts sprinkled across the South China Sea, many of them on or encroaching upon waters and territories claimed by other nations.

As Prime Minister Shinzo Abe of Japan warns, Xi seeks to turn the South and East China Seas into “Lake Beijing.” Toward that end, China is regularly sending warplanes into or near Japan’s airspace (some years have seen more than a thousand Chinese air incursions). Similar Chinese incursions are happening around Japanese islands and waters.

But China is not Japan’s only worry. While the Balts and Sweden brace for a Russian invasion, Japan is bracing for a North Korean nuke. Japan’s revised civil-defense guidelines include instructions for responding to North Korean ballistic missile attacks. The document matter-of-factly notes that it is “difficult to specify the kind of warheads (conventional warheads or nuclear, biological and chemical warheads) before they land.”

In the Middle East, Iran has emerged as a regional hegemon -- setting up outposts in Syria, fomenting wars and revolts in Yemen and Bahrain, and consolidating its position in Iraq, while conducting provocative missile tests at home and assassinations abroad. With Iran and its proxies on the march, senior officials inside the Israel Defense Forces grimly warn that Israel is preparing for war on six fronts.

Add to all this worrisome news a recent Freedom House report, which concludes that 71 countries suffered declines in political rights and civil liberties in the most recent measured year (2017) – “the 12th consecutive year of decline in global freedom.”

All of this is contributing to increased risks and increased costs for the American people.

Interestingly, this cascade of challenges to the democratic order began as Washington, in a bipartisan gamble known as sequestration, drastically reduced the reach, role and resources of democracy’s greatest defender – the American military. What we have been re-reminded in the years since sequestration took a meat clever to the arsenal of democracy is that retrenchment is penny-wise but pound foolish; that dictators respect strength, not words; that if we want the benefits of a democratic order that sustains the American way of life, we need to sustain the democratic order.

“We must do everything possible to advance an international order that is most conducive to our security, prosperity and values,” as Mattis wrote in his letter of resignation.

The good news is that there are a range of efforts underway to rally America and other democracies to defend what they began building in 1941.

As the Economist reports, officials representing the so-called D10 – an informal association of democracies enfolding the United States, Britain, France, Germany, Italy, Canada, Japan, Australia, South Korea and the EU – “have quietly been meeting once or twice a year to discuss how to coordinate strategies to advance the liberal world order.”

Anders Fogh Rasmussen, former secretary general of NATO, has launched a global campaign to “revitalize the world’s democracies” and “bring them together in an unshakeable and undefeatable alliance for peace, prosperity and the advancement of democracy,” which he unapologetically labels “an Alliance for Democracy.”

Closer to home, the Atlantic Council – a D.C.-based think tank that promotes U.S. leadership and engagement in the world based on the central role of the transatlantic community -- is at the forefront of this important cause. The Atlantic Council’s Democratic Order Initiative aims to galvanize support for the democratic order by explaining the benefits we all derive from it – benefits we have taken for granted.

It’s no coincidence that our lack of attention to the democratic order has led in recent years to its corrosion. As Secretary of State Michael Pompeo recently observed, “strong U.S. leadership, in concert with our friends and allies,” helped “rebuild Europe and Japan ... facilitate trade ... guarantee security for ourselves and our allies ... codify Western values of freedom and human rights,” and “allowed us to enjoy the greatest human flourishing in modern history.” But “after the Cold War ended, we allowed this liberal order to begin to corrode.”

The corrosion can only be reversed with the support of the American people, the full attention of their government and the cooperation of their closest allies. As Gen. George Marshall explained after World War II, building a better world “requires positive, active effort and sacrifice. Above all, it is a continuing process.”