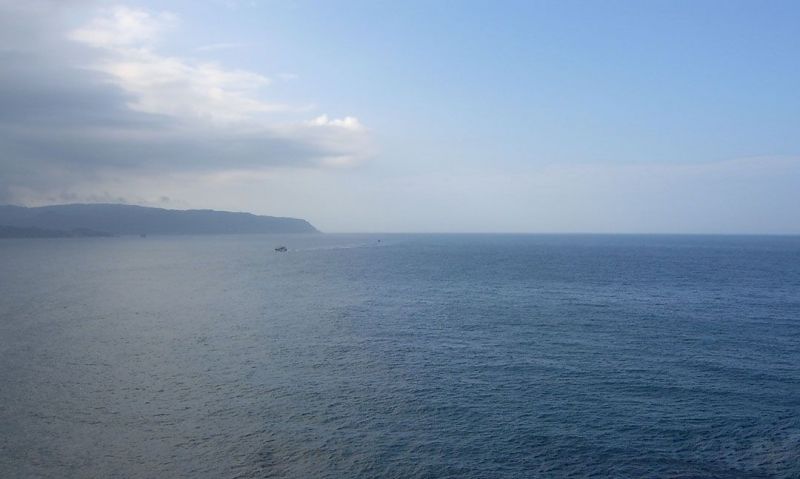 If there’s a silver lining to the COVID-19 crisis, it’s that the world has seen the true nature of Xi Jinping’s China – a regime that used a pandemic as an opportunity to weaken its enemies, strengthen itself and expand its malign influence.

Nations and policymakers that have long distrusted the People's Republic of China (PRC) point to Beijing’s handling of COVID-19 as validation of their hardline position, and nations and policymakers that hoped the PRC might be liberalized and integrated into the international system are coming to realize that Xi’s China has no desire to join a system that has promoted peace and prosperity since 1945 – only to supplant it. In response, governments from Asia to the Americas are awakening to the China challenge.

Our starting point must be a recognition that the PRC, like the USSR, is an adversary that can challenge the free world across every domain, every region and every area of influence – cultural, economic, military, diplomatic, ideological – and that Xi views the United States, the existing rules-based order, the West, and political freedom as threats to his regime. In short, we have all the ingredients here for another Cold War. Of course, unlike Cold War I, vast trade and commercial linkages exist between China and the West that didn’t between the USSR and the West. We can hope those linkages mitigate the possibility of Cold War II turning hot. But as historian Robert Kagan warns, “History has not been kind to the theory that strong trade ties prevent conflict among nations. The United States and China are no more dependent on each other’s economies today than were Great Britain and Germany before World War I.”

That harsh reality – and China’s actions – underscore why the only prudent course for the United States is to work with allies and partners to deter Chinese aggression and prepare for worst-case scenarios. In addition to its criminal mishandling of COVID-19 and premeditated plan to hoard 2.5 billion pieces of medical protective equipment as the virus swept the globe, Beijing’s hostile actions include: an illegal island-building campaign in the South China Sea, militarization of the South China Sea, a wealth-syphoning cybersiege of U.S. and allied industry and government computer networks, attacks against Indian forces in the Himalayas, violations of international agreements related to Hong Kong, and a relentless military buildup. Thanks to a 170 percent increase in military spending the past decade – and a 21 -percent spike since 2000 – China bristles with hundreds of anti-ship and anti-aircraft missiles, deploys a high-tech air force, and boasts a 335-ship navy. China’s navy is 55 percent larger than it was in 2005. Beijing added 24 warships to its fleet in 2019, 21 in 2018, 14 in 2017. Given Beijing’s trade tendrils, an anti-PRC coalition seemed unlikely just a few years ago. Today, it seems inevitable.

After weathering the human and economic costs of overreliance on China in COVID-19’s wake, Prime Minister Shinzo Abe of Japan was the first leader to offer subsidies for firms to relocate factories outside China and diversify production operations across Southeast Asia (87 Japanese companies have already begun moving). If Washington follows suit – there’s growing support in the United States for a $25 billion “reshoring fund” – that would mean China’s two largest trading partners are diversifying supply lines away from China. That could deeply affect China’s economy – and Xi’s hold on power.

In addition, Tokyo is shoring up its defenses. Japan is upconverting its helicopter carriers into flattops capable of deploying F-35Bs, has increased defense spending eight years in a row, and is increasing East China Sea troop strength by 20 percent. Perhaps most dramatic of all, Japan is constructing military-grade runways on Mageshima Island in the East China Sea, with plans for U.S. and Japanese warplanes to operate from the island base. To borrow a phrase, Mageshima could become for Japan and the United States an unsinkable aircraft carrier. After a package of Chinese and Russian warplanes swarmed around and through South Korean airspace in 2019, Seoul ordered more F-35s and announced plans to increase defense spending by an average of 7.1 percent annually between 2020 and 2024.

Australia, at great economic risk, led the effort to launch an investigation into what Beijing did and didn’t do about COVID-19. And Australian Prime Minister Scott Morrison is rallying his government to field a range of military assets to deter China, including anti-ship missile systems, anti-submarine surveillance systems, cyber-defenses and squadrons of F-35 stealth fighter-bombers. The RAAF has already taken delivery of 24 F-35s, building toward a fleet of 72. Related, Canberra is increasing defense spending 40 percent the next decade, doubling its submarine fleet, and hosting U.S. Marines, F-22s and B-52s for extended rotations.

All 10 ASEAN members recently rebuked Beijing for its lawlessness in the South China Sea. This follows a 2018 ASEAN declaration endorsing “freedom of navigation in, and over-flight above, the South China Sea.” In 2019, ASEAN member Singapore extended an agreement allowing the United States military access to Singaporean bases. ASEAN isn’t the only international bloc rising to the China challenge. The foremost defense alliance of Cold War I is poised to help. “NATO has to address ... the security consequences of the rise of China,” NATO Secretary General Jens Stoltenberg said in June, adding that Beijing is “investing heavily in modern military capabilities, including missiles that can reach all NATO allied countries,” “coming closer to us in cyberspace ... in the Arctic ... in Africa ... in our critical infrastructure,” and “working more and more together with Russia.” As a result, NATO is expanding cooperation with Australia, Japan, South Korea and New Zealand.

In addition, individual members of the alliance are offering a helping hand.

In the wake of COVID-19, Britain is scrapping plans to allow PRC-backed Huawei to build its 5G telecom network. Instead, Britain is calling on the D10 – a partnership of 10 democracies enfolding the G7 plus Australia, South Korea and India – to pool their technological resources, build on their shared values and harness their interoperability to create an uncompromised 5G network. Plus, Britain’s new aircraft carrier, HMS Queen Elizabeth, will make its maiden deployment to the Indo-Pacific. The French military has outlined plans to strengthen capabilities in the Indo-Pacific. Britain, Canada and France have joined the United States in promoting freedom of navigation in the region – with Canadian and French warships even sailing through the Taiwan Strait. Beijing’s tone-deaf COVID-19 diplomacy has badly backfired in the Philippines. Manila recently reversed plans to end a military-training agreement with the United States. In fact, the Philippines is allowing the United States to preposition equipment, combat aircraft and troops on Philippine territory. All of this follows on the heels of Manila’s decision to take Beijing to the U.N. Court of Arbitration, in response to China seizing a reef well beyond its territorial waters – a case Manila won.

Underscoring Pompeo’s words, the United States expanded freedom of navigation operations in the Taiwan Strait and South China Sea this year, simultaneously surged three aircraft carriers into the Pacific this summer for the first time in three years, and carried out a robust deployment to support Malaysian vessels harassed by PRC ships. In addition, U.S. aircraft carriers have docked in Vietnam twice during the Trump administration, most recently in March. And U.S. Navy ships have visited Taiwan twice during the Trump administration (2018 and 2019).

However, words and periodic deployments are not enough to contain the Beijing behemoth. In contrast to the rapidly expanding PRC navy described above, America’s Navy – at just 296 ships – lacks the assets needed to deter China. Given the sheer size of America’s military, some might argue that the balance of power in the South and East China Seas would still favor America – until we consider that America’s military assets and security commitments are spread around the globe, while China’s are concentrated in its neighborhood.

A Senate bill would earmark $15.3 billion for much-needed weaponry, infrastructure and alliance support in the Indo-Pacific. That’s an important step, but if the United States is indeed in the early phases of Cold War II, Washington will need to return to Cold War levels of defense spending. Given America’s mushrooming debt, that won’t be easy. Today’s defense budget is 3.1 percent of GDP, half what it was for much of Cold War I – yet another reason allies and partners will be important in Cold War II: They serve as force-multipliers. An Indo-Pacific security network need not be an Asian equivalent of NATO – and probably couldn’t be, given the diversity of political systems in the region and the economic connections between China and its neighbors. However, what may be emerging in the Indo-Pacific is a kind of chain-link fence comprised of traditional mutual-defense alliances (the United States and Japan, Korea, Philippines and Australia), strategic partnerships (the United States and India, Singapore and Thailand), and situational coalitions (the United States and Vietnam, Malaysia, Taiwan and Indonesia).

The purpose of this chain-link fence, like NATO during Cold War I, would not be to destroy our common enemy but rather deter and contain it, not to drain U.S. power but rather augment it, not to trigger a conflict but rather prevent the sort of miscalculation that could lead to a conflict nobody wants.