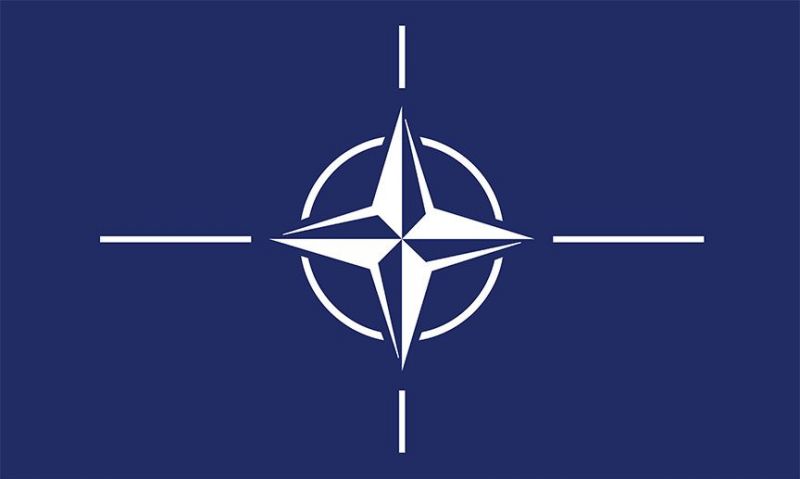 A group of experts empaneled by NATO Secretary General Jens Stoltenberg has issued a report that lays the groundwork for the alliance’s most profound strategic shift since the end of the Cold War.

Specifically, NATO’s wisemen are calling on the alliance to “devote much more time, political resources and action to the security challenges posed by China,” which they label “a full-spectrum systemic rival.” In short, China’s actions and ambitions are forcing the North Atlantic Treaty Organization to follow America’s pivot to the Pacific. This is welcome news, as Washington needs all the help it can get containing the Beijing behemoth.

Before discussing what has triggered NATO’s Pacific pivot, it’s worth emphasizing a few things. First, these proposals are more than academic suggestions doomed for a library bookshelf. In fact, the 67-page document (though not binding) was blessed by Stoltenberg and circulated with NATO’s foreign ministers before it was made public. Second, although NATO’s primary focus is indeed the “security of the North Atlantic area,” the alliance has always been a global organization. As the North Atlantic Treaty explains, the alliance was formed to “contribute toward the further development of peaceful and friendly international relations.” Third, as underscored by the al-Qaida and ISIS attacks on NATO territory, threats to the security of the “North Atlantic area” are not confined within this region, but can originate anywhere.

The rationale for NATO’s growing concerns with China can be broken down into three broad groupings.

China’s “military modernization in all domains, including nuclear, naval and missile capabilities, introduces new risks and potential threats to the alliance and to strategic stability,” according to Stoltenberg’s panel of experts. “The growing power and assertiveness of China is ... changing the strategic calculus of the alliance” and requires that the alliance “monitor and defend against any Chinese activities that could impact collective defense, military readiness or resilience in the Supreme Allied Commander Europe’s Area of Responsibility.” The NATO document cites Beijing’s “willingness to use force against its neighbors, as well as economic coercion and intimidator diplomacy well beyond the Indo-Pacific region.”

The examples are numerous. Consider Beijing’s actions just in the past decade: expanding its military reach into the Atlantic and Arctic, deepening and widening defense cooperation with Russia, conducting a relentless wealth-syphoning cybersiege and “widespread intellectual-property theft with implications for allied security and prosperity,” developing long-range missilery, building illegal islands in international waters and militarizing the South China Sea, continually violating Japanese waters and airspace, threatening war against Taiwan, attacking Indian troops in the Himalayan border region, and, of course, engaging in an unparalleled military buildup.

On the strength of a 517-percent jump in military spending since 2000, China bristles with hundreds of anti-ship and anti-aircraft missiles, deploys a high-tech air force, and boasts a 350-ship navy (now the world’s largest). In fact, China’s navy is 55-percent larger than in 2005. China’s military outlays are larger than that of Britain, France, Germany, Japan and South Korea – combined.

It should come as no surprise that NATO has taken notice of all this. “NATO has to address,” Stoltenberg concludes, “the security consequences of the rise of China.” He specifically cites Beijing’s development of “modern military capabilities, including missiles that can reach all NATO allied countries” and “working more and more together with Russia.”

It is against this backdrop that NATO’s members weathered Beijing’s criminal mishandling of COVID-19 and then endured Beijing’s premeditated plan to hoard 2.5 billion pieces of medical equipment as the virus swept the globe. To add insult to injury, Beijing then engaged in a broad-scope misinformation campaign that mocked Europe and the United States for their response to a pandemic born in China. As Stoltenberg observed in April, Beijing and Moscow sought through propaganda and misinformation “to undermine the cohesion of NATO” and “to portray NATO allies as if we are unable to ... protect our elderly people or that we are not able to work together.”

Notwithstanding the misinformation from Moscow and Beijing – or the frustrations on both sides of the Atlantic – NATO allies are working together more closely, more widely and more routinely today than arguably at any time in the history of the alliance. In Afghanistan, NATO allies have fought and fallen together. In Eastern Europe and the Baltics, NATO allies have stood up and sustained air-policing units and forward-deployed battalions to deter Russia. In their halls of government, NATO’s European and Canadian members have added 131,000 troops to their ranks and $130 billion in fresh defense spending since 2016. And in the Indo-Pacific, America’s NATO allies are joining the United States to flex their deterrent muscles.

France is enforcing freedom of navigation in the South China Sea; has sent warships through the Taiwan Strait to signal Beijing that it cannot cordon off international waterways; has deployed the nuclear attack submarine Emeraude to Guam for port visits; has dispatched the Charles de Gaulle aircraft carrier group throughout the region; is conducting exercises with India, Australia, Japan, Malaysia and Singapore; and recently outlined plans to strengthen military capabilities in the Indo-Pacific.

Britain has conducted freedom-of-navigation ops in the South China Sea, and her majesty’s newest aircraft carrier is headed to the Pacific for its maiden deployment.

Canadian warships are routinely sailing through the Taiwan Strait.

The German defense ministry vows to “expand security and defense cooperation with partners in the region,” increase Germany’s maritime presence in the region, and promote closer cooperation between the EU and the Association of Southeast Asian Nations (ASEAN) on military matters.

That brings us to Beijing’s challenge to the cohesion and unity of the alliance.

Vast trade and commercial linkages exist between China and the West that didn’t between the Soviet Union and the West. Those linkages create opportunities for Beijing to exploit disagreements and splinter the alliance.

For example, according to an analysis published by the Economist, PRC-backed firms have a stake in and/or manage port terminals in Greece, Spain, Belgium, France, Italy and Turkey – NATO members all. PRC port projects in Greece, it’s worth noting, “have been followed by Chinese naval deployments,” as NPR reports.

In a similar vein, while the United States, Britain and increasingly France have taken a hard line against Chinese involvement in their 5G networks, Germany and Hungary have moved in the opposite direction.

The good news is threefold: Trump administration officials worked hard to forge a free-world 5G partnership. The Biden administration plans to build on that work by using the “North Atlantic Treaty Organization to address Chinese threats, including Huawei’s efforts on 5G communication networks in Europe,” according to The Wall Street Journal. And NATO is eager to play this organizing and unifying role on the 5G front. Noting that “grave risks are posed by China in some critical sectors such as telecommunications, space, cyberspace, and new technologies,” NATO is poised to posture itself to “safeguard critical infrastructure” and “address new and emerging technologies such as 5G.”

In short, NATO seems awake to the very real risk of a PRC divide-and-conquer strategy. “The alliance should infuse the China challenge throughout existing structures and consider establishing a consultative body to discuss all aspects of allies’ security interests vis-a-vis China,” the NATO document recommends, adding that NATO “must show political cohesion and remain a platform for consultation on China’s actions and allies’ reactions.”

Underpinning all of this is the same core problem that drove NATO’s 12 founding members to create the alliance in 1949. The PRC, like the USSR, is a communist dictatorship possessing the military-technological-industrial capacity to do great harm but lacking any of the liberal values that might constrain it – values NATO has promoted and defended for more than seven decades.

As the NATO panel puts it, China’s “approach to human rights and international law challenges the fundamental premise of a rules-based international order.”

Stoltenberg is even blunter: “China does not share our values. It undermines human rights.”

Indeed, the PRC is a place where, as Freedom House reports, “hundreds of thousands” of religious adherents are sentenced to forced labor; where Christian churches are smashed and followers of Christ are sent to reeducation camps; where Buddhist temples are bulldozed; where Uighur Muslims are herded into concentration camps, Uighur men are packed into freight trains, Uighur women are forcibly sterilized, and Uighur babies are forcibly aborted; where bishops and Nobel Peace Prize laureates die in prison; where physicians are jailed for trying to sound the alarm over a killer contagion.

As dissident leader Xu Zhangrun observes, “A polity that is blatantly incapable of treating its own people properly can hardly be expected to treat the rest of the world well.”

In short, NATO has concluded that the PRC, like the USSR, is an ends-justify-the-means regime that has contempt for human rights at home – and norms of behavior abroad.

Among the next steps outlined by Stoltenberg’s panel are increased information-sharing about China within NATO; accelerated and enhanced efforts to counter cyberattacks and misinformation originating in China; investment in NATO’s ability to monitor and defend against Chinese activities that could impact collective defense, military readiness and/or resilience in Europe; identification of vulnerabilities in technology sectors and supply chains; strengthening NATO cohesion vis-à-vis bilateral interactions with China; and increased technological and military support for allies that are especially vulnerable to Chinese penetration.

Whether those steps force China to change its behavior, help contain China, or carry the alliance into direct confrontation with China, one thing is certain: In looking east, NATO is not looking for a fight. Rather, the alliance is reacting to a growing threat.