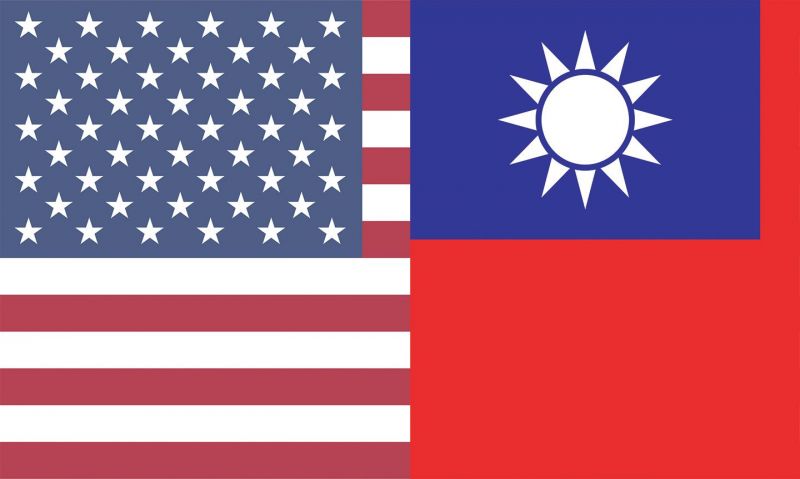 A growing number of diplomats, historians and researchers have concluded that the United States and the People’s Republic of China (PRC) are in the early phases of a new cold war.

Henry Kissinger, for example, says the two powers are in “the foothills of a cold war.” Historian Niall Ferguson labels it “Cold War II,” noting, “There was a first world war. Then there was a second. They were not identical. But they were sufficiently similar for no one to argue about the nomenclature. Similarly, there was Cold War I … And now we are in Cold War II. This new Cold War is not the same as Cold War I. But it is sufficiently similar to deserve the name.”

Before getting into those issues of military readiness and political will, it’s important to understand what Beijing is doing to erode Taiwan’s sovereign status, undermine the peaceful status quo, endanger America’s allies, and thus threaten America’s security. In 2015, Xi Jinping’s regime issued a military strategy describing “the Taiwan issue” as key to China’s “reunification” and declaring “reunification … an inevitable trend in the course of national rejuvenation.” In 2019, Xi declared that democratic Taiwan “must and will be” absorbed by the communist mainland, demanded that Taiwan unify with the mainland under a “one country, two systems” approach, and warned, “We make no promise to abandon the use of force.”

These are troubling words. First, Taiwan has never been ruled by the PRC, so “reunification” is inaccurate. In a very real sense, a Taiwanese nation – culturally, politically, economically distinct from the PRC – has been built over the past 70 years. That explains why 67 percent of Taiwan’s population identifies as Taiwanese, only 2.4 percent identifies as Chinese, and more than eight in 10 Taiwanese oppose Beijing’s idea of unification. Indeed, while Xi considers Taiwan the PRC’s 34th province, President Tsai Ing-wen of Taiwan calls the island democracy “a sovereign independent country.”  If Xi’s words are worrisome, his actions are downright dangerous.

According to the Pentagon’s 2020 China report, the PRC has positioned 412,000 ground troops, six amphibious brigades, five air assault brigades, five airborne brigades, 257 warships, 250 bombers and 600 fighter-jets based in the Taiwan region. The PRC has some 1,600 missiles opposite Taiwan, up from 200 in 2000.

Xi is rattling sabers by ordering bomber flights around the island and across the median line; conducting naval exercises around the island; approving large-scale training exercises using mockups of Taiwan’s presidential complex, Taichung Airport and foreign ministry; greenlighting interference in Taiwan’s elections; conducting simultaneous wargames on the east and west sides of Taiwan; and deploying aircraft carrier battle groups around Taiwan. Beijing announced in April that such deployments will become routine in order “to safeguard national sovereignty.”

Xi’s words and actions point toward a move against Taiwan. U.S. military leaders based in the region warn that Beijing could strike Taiwan “within the next six years.”

Washington can help prevent that by following the playbook that kept Cold War I from turning hot: clarity of commitment plus deterrent strength. In short, it’s time to shift from the “strategic ambiguity” that characterized the past 40 years – best captured by the lawyerly vagueness of the Taiwan Relations Act (TRA) – to strategic clarity. Toward that end, the Obama administration approved arms packages for Taiwan totaling more than $12 billion. In 2015, after a PRC bomber menaced Taiwan, two Marine Corps F-18s landed on the island -- the first such landing in 30 years – citing what the Pentagon called “a mechanical issue.” In truth, Washington was reminding Beijing that Taiwan is not alone.

Similarly, after PRC warships maneuvered near Taiwan in 2018, the Trump administration authorized a Navy vessel to refuel in Taiwan. Another Navy vessel visited in 2019. In addition, President Donald Trump dispatched a cabinet official to Taiwan (the highest-level government contact since 1979), spoke with Taiwan’s president by phone, increased freedom of navigation operations (FONOPs) through the Taiwan Strait, and approved some $15 billion in defensive weapons for Taiwan.

Calling Taiwan “a critical economic and security partner,” President Biden invited Taiwan’s top diplomat to his inauguration. Biden sent a U.S. ambassador to Taiwan (the first sitting U.S. ambassador to visit the island democracy since 1979). Secretary of State Antony Blinken has warned that an attack on Taiwan would be “a grievous mistake,” and the Pentagon recently expressed “rock solid” support for Taiwan.

Underscoring that support, the Biden administration – in its first 75 days in office – sent warships through the Taiwan Strait on four separate occasions, deployed a package of B-52 bombers to Guam, created a joint U.S.-Taiwan Coast Guard working group, steamed two aircraft carrier strike groups into the South China Sea for combined maneuvers, and followed that with expeditionary strike-force operations in the South China Sea involving a third carrier strike group and an amphibious ready group. Freedo of navigation operations throughout the South China Sea continue apace. And the Biden administration is considering moving ahead with a Trump administration proposal to reactivate the First Fleet to augment the Seventh Fleet.

Looking ahead, Washington should provide defensive weapons, as American Legion resolutions explain, “of such quality and in such quantities so as to enable the government of the Republic of China (Taiwan) to maintain a sufficient self-defense capability.” These would include anti-ship, anti-aircraft and anti-missile systems to deter invasion, non-digital communications systems to prepare for cybersiege, rapid-deploy mines to hinder amphibious attack, and vertical-takeoff F-35Bs to overcome PRC attacks on airfields. “Such aid is not an act of war, even if a dictator should unilaterally proclaim it so to be,” President Franklin Roosevelt observed, recognizing that deterring aggression does not constitute aggression.

Enhanced and tailored defensive assets would partially fill in the “deterrent” box of the playbook. Washington also needs to invest more in America’s own deterrent strength. America’s deterrent was credible for much of Cold War I – but not the early phases, when Moscow greenlighted the invasion of South Korea. We may be facing a similar situation today in Taiwan.

Recently, near the end of his tenure commanding U.S. Army-Pacific, Gen. Robert Brown reported that his PLA counterparts “don’t fear us anymore.” This is regrettable but understandable. Deterrence, after all, only works if an adversary fears the consequences of aggression and believes the costs of aggression to be greater than any potential benefits of aggression.

Owing to the mismatch between America’s expanding military commitments and flatlining military investments, the calculus is rapidly shifting in Beijing. Today’s defense budget is 3.1 percent of GDP, less than half what it was for most of Cold War I. Thus, America’s navy, which plays the lead role in deterrence in a maritime domain like Taiwan’s neighborhood, deploys just 298 ships. And those ships are dispersed around the world, while China’s 350 warships are concentrated in its neighborhood. At the height of the Reagan rebuild, by comparison, America’s navy boasted 594 ships.

Today’s Navy may be more ambidextrous than yesterday’s, but deterrence is usually about presence. And it lacks the ships to present all the places it’s needed. “For us to meet what combatant commanders request,” according to former Chief of Naval Operations Adm. Jonathan Greenert, “we need a Navy of 450 ships.”

As for the “clarity” box, Washington could sharpen its position on Taiwan by elevating Taiwan’s international status. For example, given that no country has done as well as Taiwan promoting public health while preserving democratic freedoms, America and the rest of the free world can learn a lot from Taiwan’s pandemic preparedness and response efforts.

Toward that end, Washington could call for creation in Taipei of an international early-warning center for pandemics – and then, in a kind of deterrent diplomacy, dispatch personnel from the Centers for Disease Control, Department of Homeland Security, Federal Emergency Management Agency, National Center for Medical Intelligence and Military Infectious Diseases Research Program to Taipei to learn from Taiwan. Other countries would follow America’s lead. Not only would this enhance the free world’s ability to handle the next virus, it would enhance Taiwan's sovereign status.

Further up the ladder, Washington will likely need to contemplate replacing the TRA with something clearer and firmer. One such option is the Taiwan Invasion Prevention Act (TIPA), which has been introduced in Congress. The TIPA would authorize the use of force “to secure and protect Taiwan against … direct armed attack” by the PRC. There’s risk in this, to be sure. But the history leading up to World War I shows there’s greater risk in leaving defense guarantees opaque. And the history leading up to World War II – which shaped Cold War I – shows that making the necessary commitments and investments to deter war and defend allied territory is far less costly than waging war and liberating allied territory.

Tsai reminds us that Taiwan, like West Berlin during Cold War I, sits “on the front lines of freedom and democracy. American Legion resolutions rightly describe Taiwan as “a long-time friend” and “democratic ally.” In other words, America’s commitment to Taiwan is a reflection of America’s ideals. Helping Taiwan defend itself is also in America’s interests; even a brief war between Taiwan and the PRC would directly affect America’s third- and ninth-largest trading partners. And failing to come to the defense of Taiwan would create a deep chasm of doubt among treaty allies across the region: Japan, the Philippines, South Korea, Australia, New Zealand, Thailand. Beijing would exploit those doubts to great effect. Indeed, a conquest of Taiwan would give Xi reason to believe he can move against other places with impunity. Recall that China has territorial disputes with Japan, the Philippines, South Korea and other U.S. partners; that Xi has already broken international agreements related to Hong Kong’s independence; and that Beijing has flouted international rulings rejecting its claims in the South China Sea.

Yes, Taiwan is remote. Yes, it’s in the crosshairs of a military juggernaut. Yes, that juggernaut has conventional military advantages. But each of these factors held in West Berlin – and yet the free world held onto West Berlin, which President John Kennedy called “a defended island of freedom.” It remained free only because it was defended.