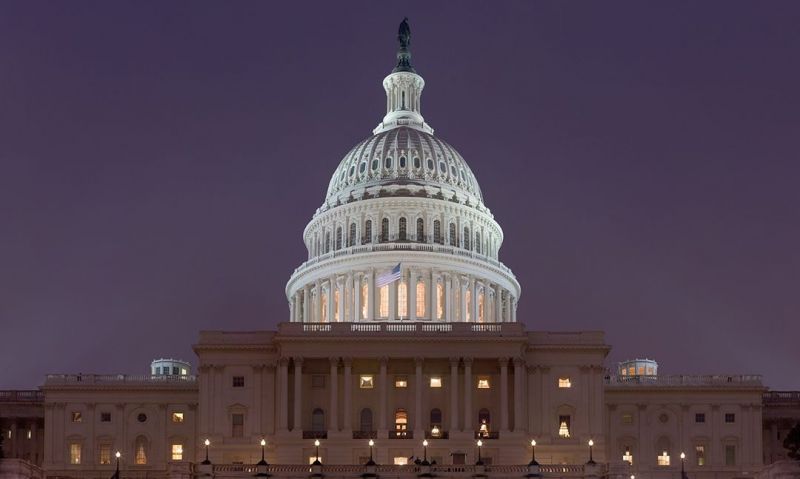 This pendulum swing is just the latest example of the tension that has long existed between the American people’s inclination to spread democratic government and their yearning for a much-deserved break -- or retirement -- from the hard work of maintaining some semblance of international order. Historian Walter Russell Mead calls it the “tension between America’s role as a revolutionary power and its role as a status quo power.”

One way to relieve this tension -- and perhaps stop the wild pendulum swings -- is for America to play the role of a reforming power. That may be easier said than done, but a handful of presidents offer a blueprint for finding that balance.

In his book “Conservative Internationalism,” Henry Nau, a professor at George Washington University and former National Security Council staffer, argues that promoting freedom and democratic government has always been a tenet of U.S. foreign policy, and should remain so. But Nau contends that the United States is most effective in pursuing this worthy objective when devotes its finite resources “to spread freedom on the borders of existing freedom.”

According to Nau, four presidents were especially adept at this: Thomas Jefferson, James Polk, Harry Truman and Ronald Reagan. These four presidents were “disciplined in their use of force by prioritizing freedom where it was most consequential and likely to succeed: on the borders of existing freedom” and were able to “tilt the balance of power in favor of freedom.”

Jefferson (by adding the Louisiana Territory, which was adjacent to existing U.S. territory) and Polk (by adding territories further west and north of existing U.S. territory) carried this out across North America. U.S. territory doubled in size under Jefferson and grew by 60% under Polk. Both presidents used a mix of diplomacy, force and the threat of force to achieve their aims. The effect, as Nau explains, was the expansion of freedom. For all their personal flaws and internal inconsistencies, Jefferson and Polk “led a republic that moved faster ... to emancipate minorities than Mexico or any European power might have if they had prevailed in the western territories” of North America.

Truman called on America “to help free peoples maintain their free institutions.” Thus, as Nau explains, Truman “expanded the cause of freedom for the first time beyond the confines of the Western Hemisphere and inspired the Cold War policy of militarized containment that incubated democracy in Germany, Western Europe and Japan.” From there, South Korea would be added to the Free World fold -- and one day, so would Eastern Europe.

According to Nau, Reagan’s “unabashed agenda of freedom” coupled with “military and economic rearmament” would achieve exactly that, as his policies -- material support for Poland’s Solidarity movement, aid to freedom fighters and other anti-communist groups in Central America and Afghanistan, the targeted use of force to punish assaults on international norms of behavior in places like Libya and Grenada, peace through deterrent strength, and use of the bully pulpit to promote freedom on the other side of the Iron Curtain -- “brought the Cold War to an end and spread liberty across Europe.”

In these examples, we see the outlines of a blueprint for how a reforming power engages the world.

A reforming power avoids overreach and overextension, while remaining committed to and supportive of democratic partners. Thus, Truman came to the aid of West European democracies under assault from communist movements and launched the NATO alliance to defend the democratic space, give fledgling democracies the opportunity to take root, and give battered democracies the opportunity to heal and rebuild. However, he didn’t try to plant democracy in East Germany or North Korea.

A reforming power supports nations seeking to move their internal political systems toward democratic governance. Thus, Reagan launched initiatives “to foster the infrastructure of democracy -- the system of a free press, unions, political parties, universities -- which allows a people to choose their own way, to develop their own culture, to reconcile their own differences through peaceful means.” And when Corazon Aquino defeated Ferdinand Marcos in free and fair elections, Reagan persuaded Marcos to accept the results and refrain from using force to stay in power. He then quietly provided America’s longtime anticommunist bulwark a dignified way out. Reagan’s solution: a one-way ticket to Hawaii for Marcos and his wife.

A reforming power doesn’t try to make the world “safe for democracy,” but it surely stands with established and emerging democracies. Truman did that in Western Europe, West Germany and Japan. Reagan did that in the Americas, the Philippines and South Korea. Regrettably, withdrawing from Afghanistan -- which held seven elections between 2001 and 2020 -- demoralized its military and doomed its democratic experiment.

A reforming power “goes not abroad, in search of monsters to destroy,” but it surely marshals and maintains the resources necessary to ensure that America’s democracy can deter the world’s autocracies. Truman did exactly that, after a brief postwar drawdown, laying the groundwork for containment of the Soviet empire and deterrence of Moscow’s aggressive impulses. Reagan revived that proven peace-through-strength doctrine, rebuilt America’s deterrent capabilities and reinvested in democracy’s greatest defender: the U.S. military. Regrettably, sequestration drastically reduced the resources committed to America’s military, and Washington’s multitrillion-dollar pandemic-relief programs threaten to consume those resources.

As we enter what Henry Kissinger calls the “foothills of a Cold War” with China, the United States as a reforming power would prudently and rapidly shift toward Cold War-levels of investment in deterrent military strength. Yet defense spending has plummeted from 4.7% of GDP in 2009 to 3.1% of GDP today. The Cold War average was more than twice that.

Finally, a reforming power would be resistant to the temptation to remake broken places in America’s image -- recognizing that there must be internal support for the arduous work of building democracy on the rubble of anarchy or autocracy, and that there must be strong support among the American people for such an effort. As Nau observes, we must “keep our strategy in line with our resources and political will.” If support is lacking on either side of the equation, democracy will not take hold.

“No democracy threatens the United States,” Nau points out. “That fact alone suggests that the type of domestic regime matters greatly in the calculus of America’s national interests.” And that helps explain why President Wilson vowed that America would “make the world safe for democracy,” why President Clinton argued that “enhancing our security, bolstering our economic prosperity and promoting democracy are mutually supportive,” why President Bush declared that the advance of freedom "is the calling of our time ... the calling of our country.”

The premise of such thinking is sound. After all, democracies don’t go to war with one another; they don’t threaten their neighbors; they embrace human rights, majority rule and minority rights, the worth and dignity of the individual, the rule of law within and between nations. To get a sense of the profound difference between a world populated by democracies and one dominated by autocracies, imagine if America’s northern and southern neighbors were autocracies, or compare the Europe of today with the Europe of 1981 or 1939 or 1914.

Yet with all that said, U.S. troops and diplomats cannot plant and grow democracy overseas if the American people lack the energy, endurance and patience to see such an effort through. The shift in public opinion cited above and indeed the most important public-opinion surveys of all -- recent presidential elections -- underscore that the American people, at least for now, don’t want to shoulder the burdens that come with being a revolutionary, democracy-building power. Playing the role of a reforming power may be the ideal alternative for this moment in U.S. history.