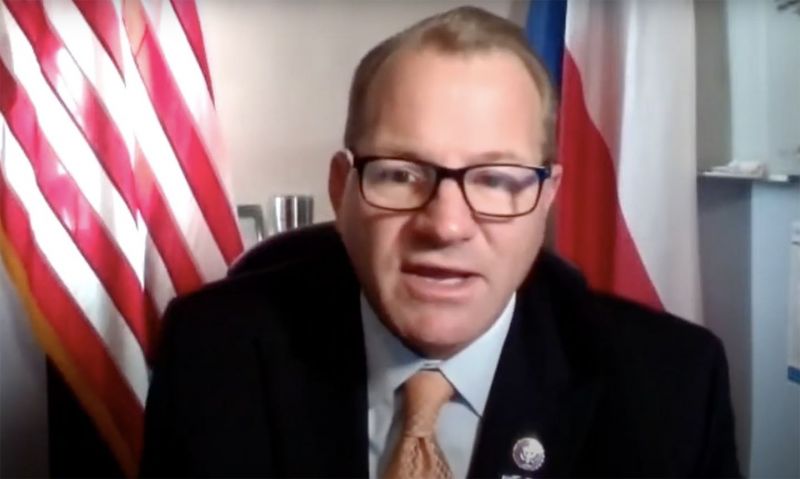 The Subcommittee on Disability Assistance and Memorial Affairs for the House Committee on Veterans’ Affairs (HVAC) held a hearing on Oct. 20 on pending and draft legislation impacting the nation’s veterans. The American Legion submitted a statement for the record to present the organization’s positions on several pieces of legislation to members of Congress.

H.R. 2724, the VA Peer Support Enhancement for MST Survivors Act, as well as three additional pieces of draft legislation, focused on the care and well-being of survivors of military sexual trauma (MST). H.R. 2724 would direct the Secretary of Veterans Affairs to provide for peer support specialists for claimants who are survivors of MST.

The American Legion has been an ardent advocate for veterans impacted by MST. In 2012 testimony before the HVAC, The American Legion highlighted how VA had changed its claims regulations, making it easier for veterans who served in combat zones to obtain service-connection for PTSD and argued that the same relaxation of requirements should be applied to MST survivors. And in 2020, The American Legion testified on VA support for MST survivors and brought attention to inadequate training on MST within the Veteran Benefits Administration (VBA), mediocre MST claims processing times, and the implication of biases and subjective ratings.

“Despite The American Legion’s requests, the VA has failed to employ additional Women Veterans Coordinators (WVCs),” wrote The American Legion. “The underutilization of WVCs, along with the veteran population lacking general awareness of WVCs, ultimately leads to the degradation of care for MST-impacted veterans and prevents MST survivors from receiving treatment and services.”

A peer support network for veterans impacted by MST would play a crucial role in ensuring these veterans get the treatment they need.

The VA Peer Support Enhancement for MST Survivors Act will make necessary changes to the claims process, including requiring VA to assign a peer support specialist to a veteran filing an MST claim. When assigned during the claims process, these specialists would be able to provide veterans impacted by MST with a personalized claims experience.

“The American Legion urges the VA to increase access to MST counselors and other personnel to improve the claims process, and to continue universal screening of all veterans for a history of MST,” the statement said. “MST claims and treatment involve delicate and sensitive emotional issues and deserve to be treated with the utmost care.”

The American Legion Supports this legislation through Resolution No. 67: Military Sexual Trauma.

H.R. 3402 - Caring for Survivors Act of 2021, would improve and expand eligibility for dependency and indemnity compensation (DIC) paid to specific survivors of certain veterans. First set in 1993, the amount of DIC paid to surviving spouses, dependent children, parents of servicemembers who died in the line of duty, or veterans with service-connected causes of death, has only received minor updates.

The Caring for Survivors Act of 2021 would expand eligibility for DIC by replacing the 10-year rule with a graduated scale of benefits beginning at five years for initial eligibility at 50 percent and reaches the full benefit after 10 years.

“The American Legion believes the surviving families of servicemembers should not have to worry about the financial well-being,” the statement said. “The American Legion supports legislation that reduces the number of years a veteran must be rated 100 percent for DIC eligibility. A graduated approach would provide this. It is time for this legislation to be quickly signed into law to ensure survivors can focus on the more important aspects of recovering from their grief.”

The American Legion supports this legislation through Resolution No. 48: Dependency and Indemnity Compensation for Surviving Spouses.

You can watch the full hearing here.