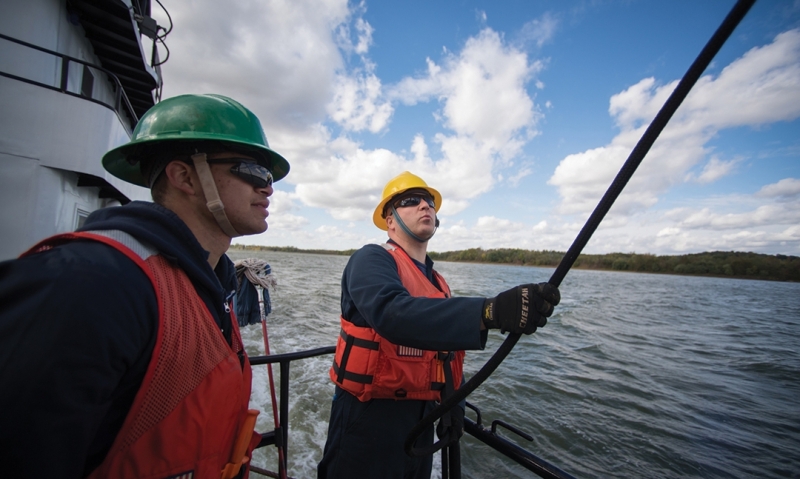 Aug. 4 is the birthday of the Coast Guard, founded in 1790 with congressional authorization to build the first set of vessels aimed to help combat smuggling and enforce tariffs and taxes. Here are some things you might not know about the service branch that operates under the Department of Homeland Security.

1. Alexander Hamilton can be considered the father of the Coast Guard. In Federalist No. 12, published in 1787, the future Secretary of the Treasury posited that a “few armed vessels, judiciously stationed at the entrances of our ports, might at a small expense be made useful sentinels of the laws.” (via Mental Floss)

2. Actors Lloyd, Beau and Jeff Bridges, as well as Cesar Romero, all served in the Coast Guard, as did golfer Arnold Palmer. But perhaps the most famous of them all? Popeye. (via Mental Floss)

3. Bruce Melnick was the first guardian selected by NASA to serve as an astronaut. He flew on the space shuttle Discovery in 1990, and on the maiden voyage of Endeavour in 1992. Daniel C. Burbank is the other Coast Guard astronaut. (via Mental Floss)

4. The Coast Guard Aviation Association is a fraternal organization whose membership includes guardians and members of other military branches (of the United States and other countries) who have flown Coast Guard aircraft. Until 2007, it was known as the Ancient Order of the Pterodactyl. (via Mental Floss)

5. Boston Light on Little Brewster Island is the only lighthouse still operated by the Coast Guard. (via Military1)

6. Sinbad the dog was adopted by the crew of the cutter Campbell in 1938, and was considered a literal member of the crew – including official paperwork, uniforms and his own bunk. He retired to Barnegat Light before passing away on Dec. 30, 1951. (via Military1)

7. The first chief journalist of the Coast Guard was “Roots” author Alex Haley, who served 20 years that included World War II and the Korean War. (via USO)

8. From 1942-1944, the Coast Guard had a championship hockey team, the Cutters, that played in the Eastern Amateur Hockey League, considered to be one of the most competitive of its time. (via USO)

10. The Coast Guard also patrols and maintains U.S. inland waterways, from the Great Lakes to the Mississippi River. The June 2018 American Legion Magazine featured an article on one inland-fleet cutter.