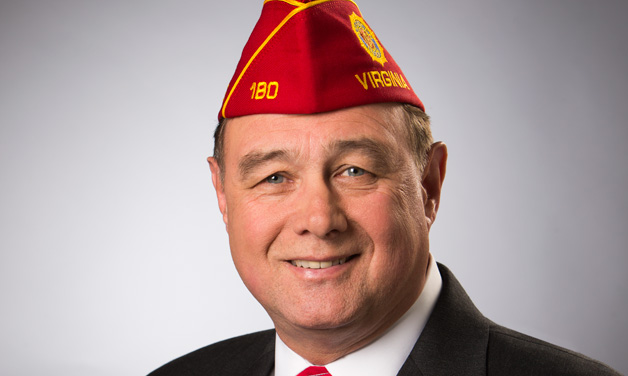 Ronald Reagan stood at an outdoor lectern in Normandy, France, on June 6, 1984, and delivered one of the most memorable speeches of his presidency. “Behind me is a memorial that symbolizes the Ranger daggers that were thrust into the top of these cliffs. And before me are the men who put them there. These are the boys of Pointe du Hoc. These are the champions who helped free a continent. These are the heroes who helped end a war.”

Many of those heroes lay beneath the crosses of the Normandy American Cemetery, others at Arlington, or in their hometowns. Millions more survived the war and raised their families under the peace and freedom they and their fallen comrades fought so hard to achieve.

Following the D-Day landings 70 years ago, thousands made the supreme sacrifice for our freedom. One was Pvt. Joe Gandara of Santa Monica, Calif., who voluntarily advanced alone and destroyed three enemy machine guns before he was fatally wounded on June 9, 1944, in Amfreville, France. He was 20. The young paratrooper was denied the opportunity to raise a family in the free world he helped ensure. On March 18, 2014, Gandara’s 69-year-old niece received the Medal of Honor from President Obama on his behalf.

It was a ceremony I will never forget. Gandara and 23 other Army veterans of World War II, Korea and Vietnam were at long last recognized for heroic actions that cost many of them their lives, but forever earned their place in history as recipients of the nation’s highest military award. And those who died fighting are forever young in the memories of loved ones.

This is why Memorial Day is so important. We don’t just honor those who participated in the most hellacious firefights. We honor the more than 1 million men and women who lost their lives defending America in wars from the Revolution to the global war on terrorism – people like Marine Sgt. William Stacey, who was on his fourth deployment to Afghanistan when he was killed by an IED blast while walking patrol in Helmand province on Jan. 23, 2012. Like many who go to war, Stacey left a letter behind to be read “just in case” something happened to him:

My death did not change the world. It may be tough for you to justify its meaning at all. But there is a greater meaning to it. Perhaps I did not change the world. But there will be a child who will live because men left the security they enjoyed in their home country to come to his. And this child will learn in the new schools that have been built. He will walk his streets not worried about whether or not his leader’s henchmen are going to come and kidnap him. He will grow into a fine man who will pursue every opportunity his heart could desire. He will have the gift of freedom, which I have enjoyed for so long. If my life buys the safety of a child who will one day change this world, then I know that it was all worth it.

Like all who fell fighting in the primes of their lives, Stacey is also forever young, to be remembered this Memorial Day and many to come for bestowing on all of us the gift of freedom.