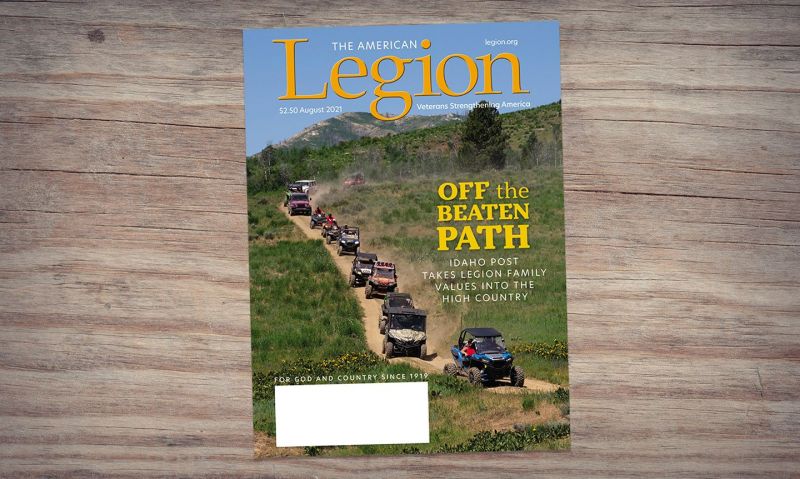 Read about an Idaho post’s new Off Road Riders program, Guam veterans’ fight for Agent Orange benefits, the return of the American Legion Legacy Run and much more in the August 2021 American Legion Magazine digital edition. The clickable digi-mag is available through MyLegion.org.

• Dr. Sudip Bose, a former Army major and Bronze Star recipient, shares his thoughts on how the military and private sector can work together to reduce veteran underemployment. In 2003, U.S. forces selected Bose to treat Saddam Hussein following his capture.

• In “Uphill Battle,” Ken Olsen talks to veterans who have physical illnesses they believe were caused by exposure to toxic herbicides sprayed on Guam between 1958 and 1980. Their concerns go unacknowledged by VA, which says there is no evidence “tactical” herbicides were used on the island. Navy veteran Bruce Borton filed the first of several unsuccessful claims years ago and recently resubmitted a claim for Agent Orange exposure. “I need to know why I have so many things wrong with me,” he says.

• On Aug. 22, American Legion Riders and their passengers will set out from Rogers, Ark., on a five-day, 1,356-mile ride west to the 102nd National Convention in Phoenix. Click here to register and get daily updates from this year’s Legacy Run.

• Charles Coolidge, who died just four months shy of his 100th birthday, was the nation’s oldest living Medal of Honor recipient and a 77-year Legionnaire. Read an extended version of the magazine story here.

• With the second annual 100 Miles for Hope challenge running through Sept. 6, National Commander James W. “Bill” Oxford says there’s still time to participate and to donate, helping The American Legion  reach its goal of raising $300,000 for the Veterans & Children Foundation.