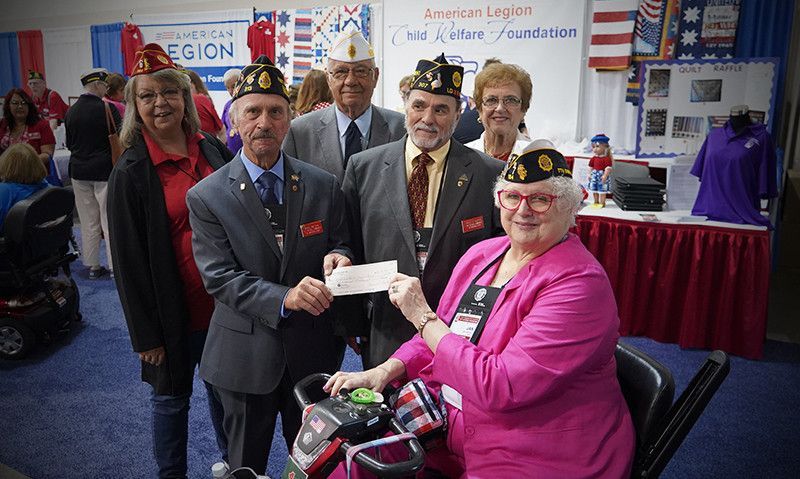 Rogers Park Post 108 in Chicago has been inactive for a few years, despite more than 70 members. When outgoing District 7 Commander Jan Lepinski learned this, at first she wanted to revitalize the post.

But after realizing a revitalization wasn’t feasible, she instead came up with another plan, one that had an unintended result: $40,000 in donations to various American Legion funds and programs.

Letters were sent out to each of the members asking if they wanted to keep the post, be an officer in the post, transfer to another post or close the post. But only 10 members responded.

“So, we had to start telephone calls. We made two calls to every member,” said Lepinski, a member of Morton Grove Post 134. “So, it was a very intensive effort to first try and revitalize, and then to make the decision to close the post.”

Over the years Post 108 had accrued a sizeable amount of money in its bank account, which needed to be liquidated.

“The first thing we decided to do was we were going to buy five-year memberships in Illinois for every member (of Post 108) before any other monies got dispersed,” Lepinski said. “We took care of all of the post members. And that’s the way it should be.”

After that, “We developed a list of approved charities, as well as some local charities and things like that,” Lepinski said. “I worked with the senior vice of (Post 108) to determine where the money should go. We decided we would take care of the four major Legion charities right away: (National Emergency Fund), the Child Welfare Foundation, the Legacy (Fund) and Operation Comfort Warriors.”

The donation of $10,000 to The American Legion Legacy Scholarship Fund was made during the Legacy Run stop at the Department of Illinois, while the other three donations of $10,000 are being made this week in Milwaukee during the national convention.

Meanwhile, the members were transferred to American Legion Post 42 in Evanston, which was the beneficiary of one of Post 108’s donations: $13,000 to assist the post in renovating its handicapped-accessible ramp.

While the donations were a nice bonus, Lepinski’s primary goal was getting Post 108’s former members into another active post to continue as Legionnaires.