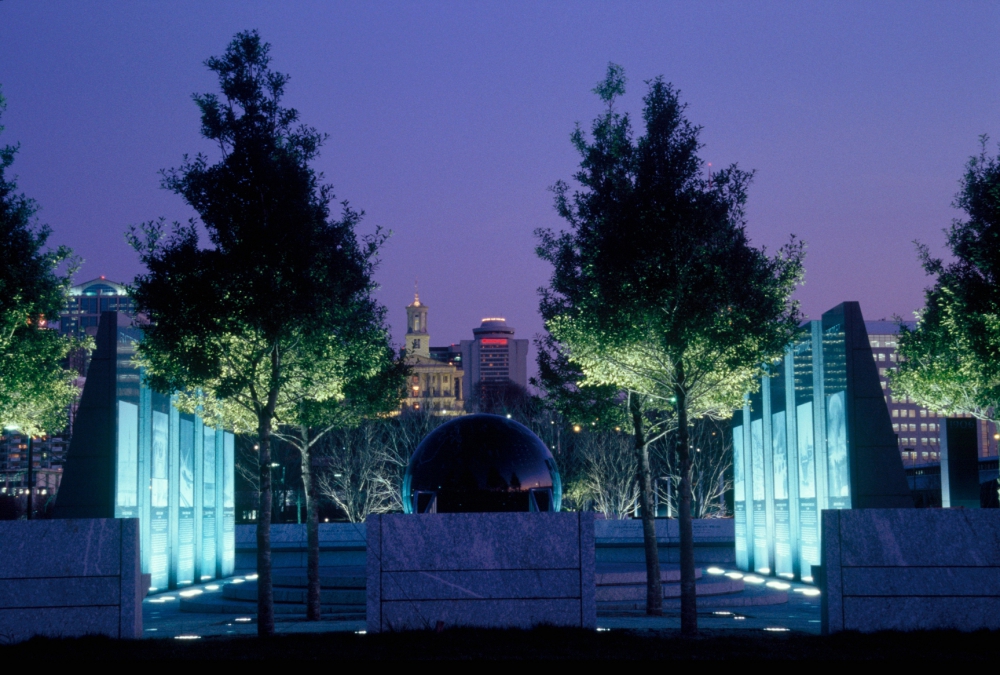 To honor Tennesseans that served and perished during WWII, this memorial features several components. A 2800 square foot granite plaza contains ten vertical pylons, each with engraved images from war time years. The panels on the east side recall events to the east (Europe and North Africa), and panels on the west recall events to the west (Pacific). Text below the images inform visitors of the history of the conflict and how Tennessee and its soldiers and citizens contributed to the national effort to defeat Nazi Germany and Imperial Japan. Focus of the plaza is a 8-ton solid granite globe, engraved with countries during the 1940s. Lines stretch from Tennessee to distant destinations of the global conflict. The globe (at the time the largest such engraved ball) rotates in all directions on thin cushion of water. To the north, beyond the globe, is a grove of holly trees, recalling spaces sacred to the Greeks and Romans. To the south, a linear seat wall honors the seven Tennessee recipients of the Medal of Honor. The surface of the plaza is strewn with gold stars to honor the 5,731 Tennesseans who made the ultimate sacrifice. Chairman of the WW II Memorial Foundation was Gen. Enoch Stephens. Government representative was Senator Douglas Henry. The memorial was designed by Tuck-Hinton Architects with Ross/Fowler Landscape Architects and EMC Structural Engineers. It was built by Hardaway Construction Company. 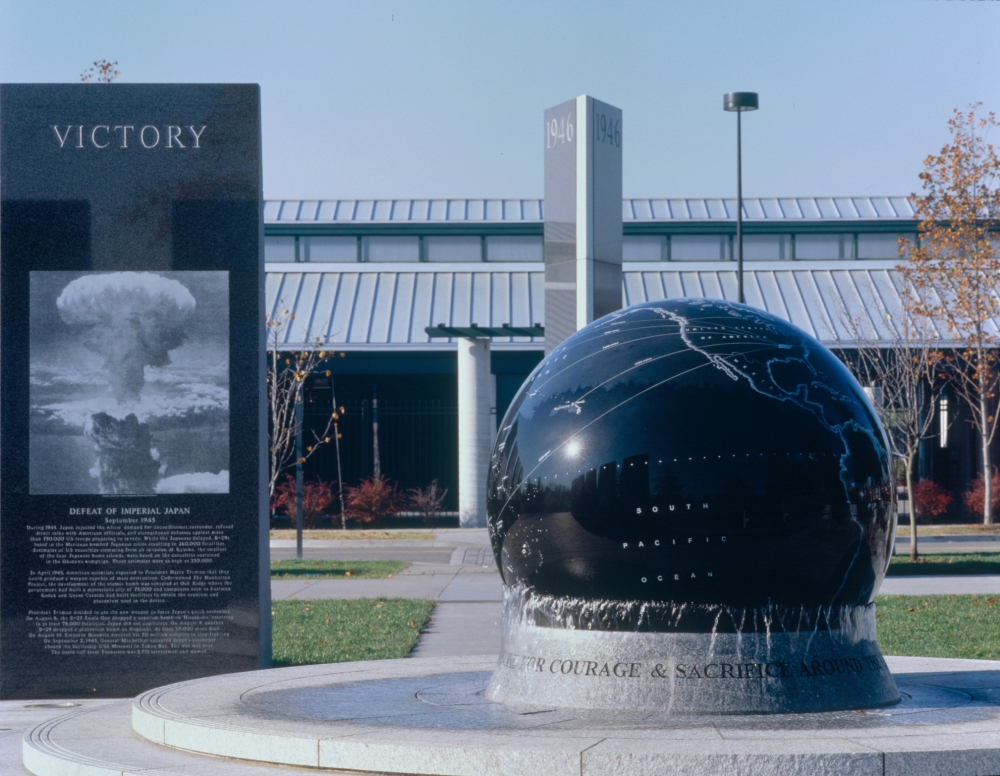 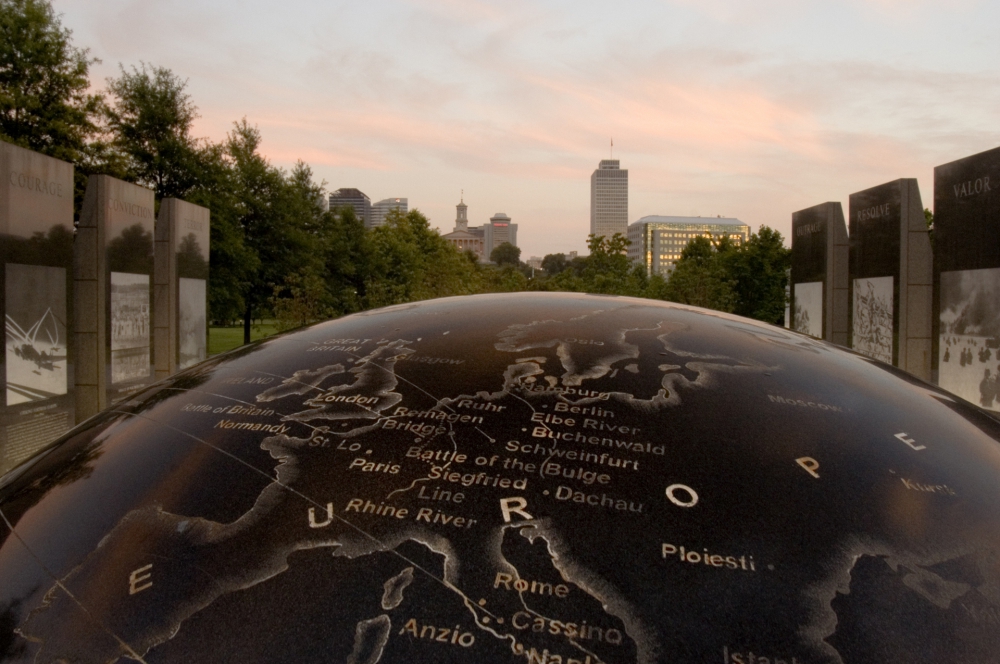 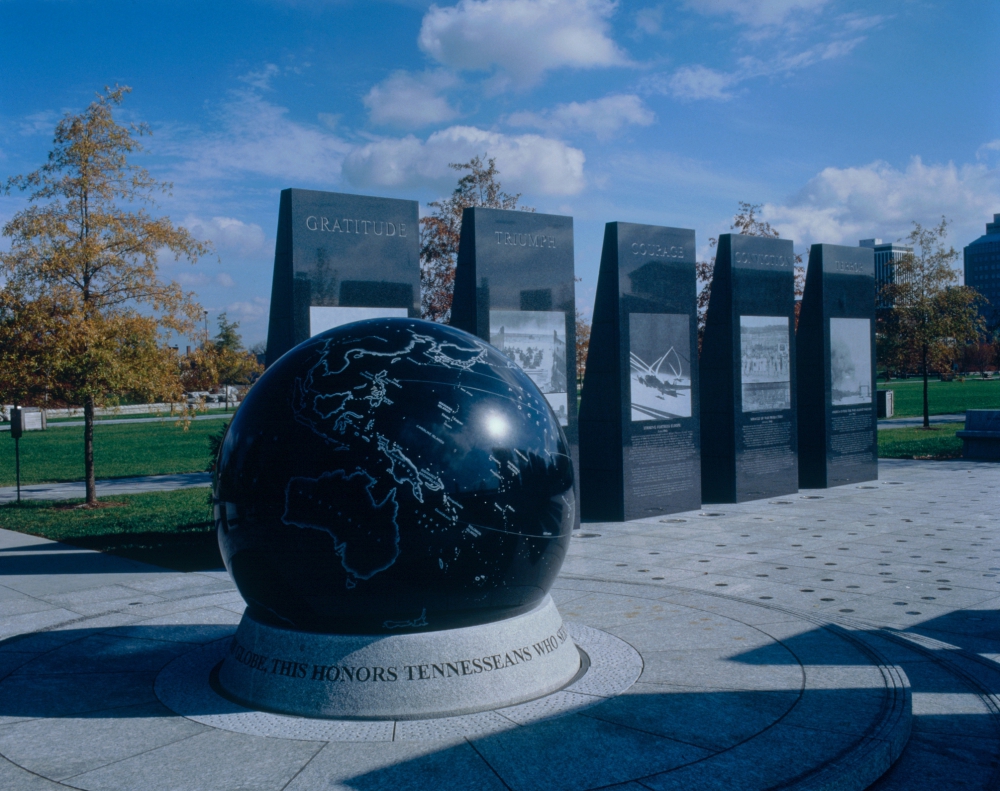 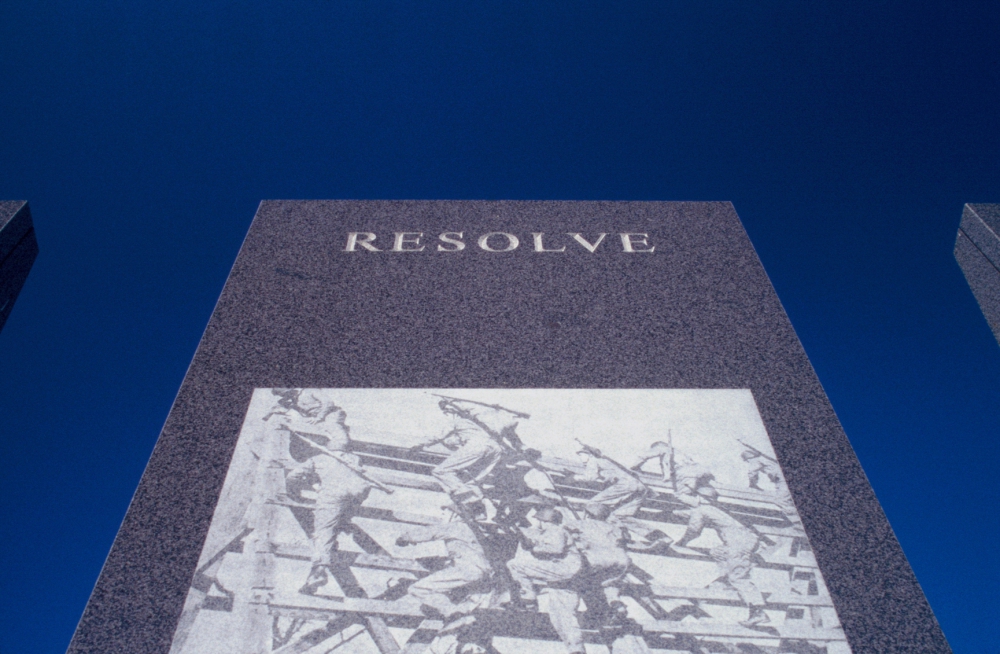 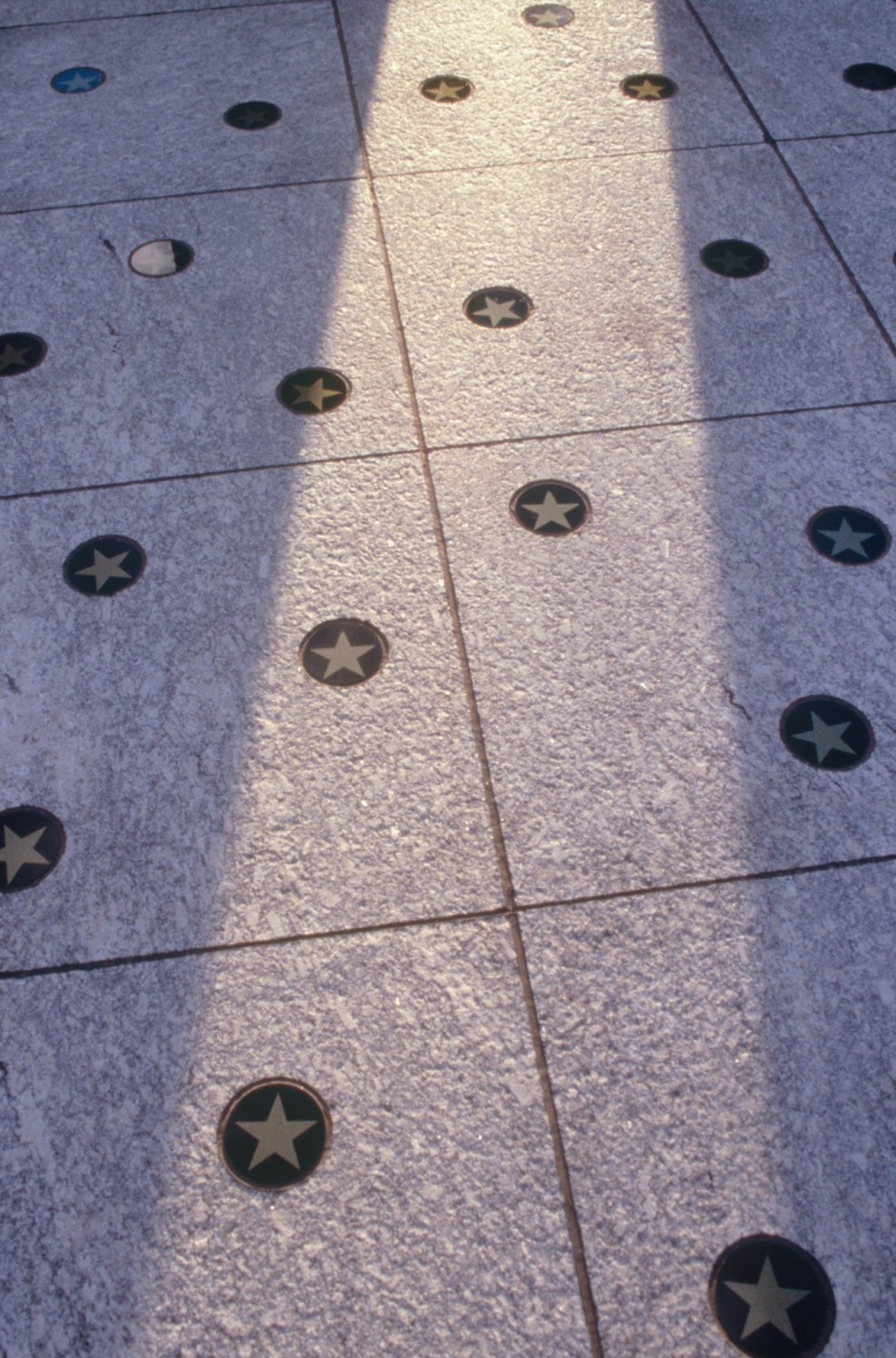 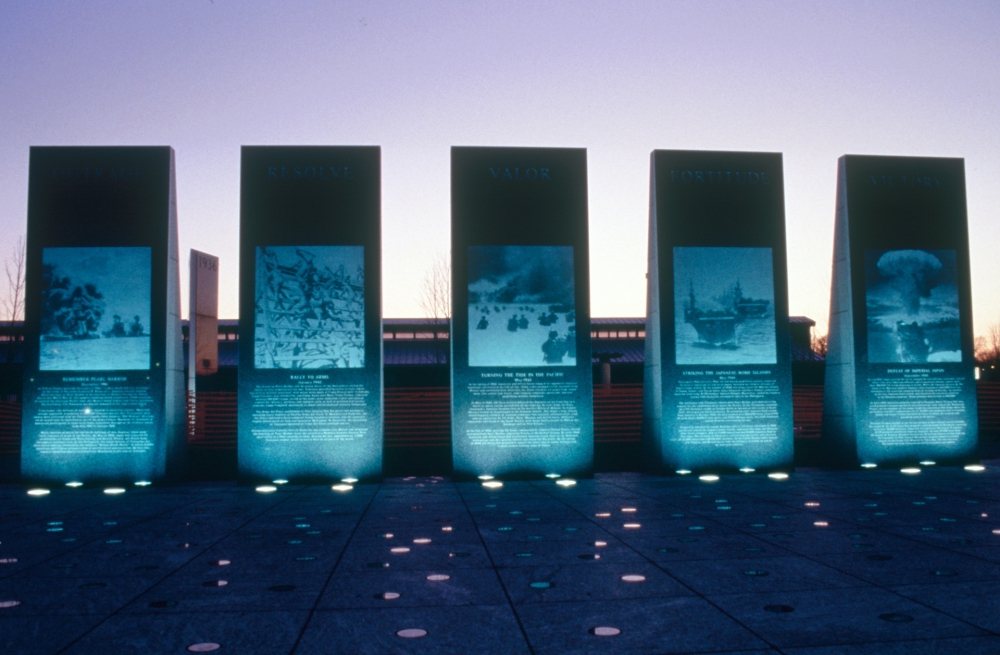 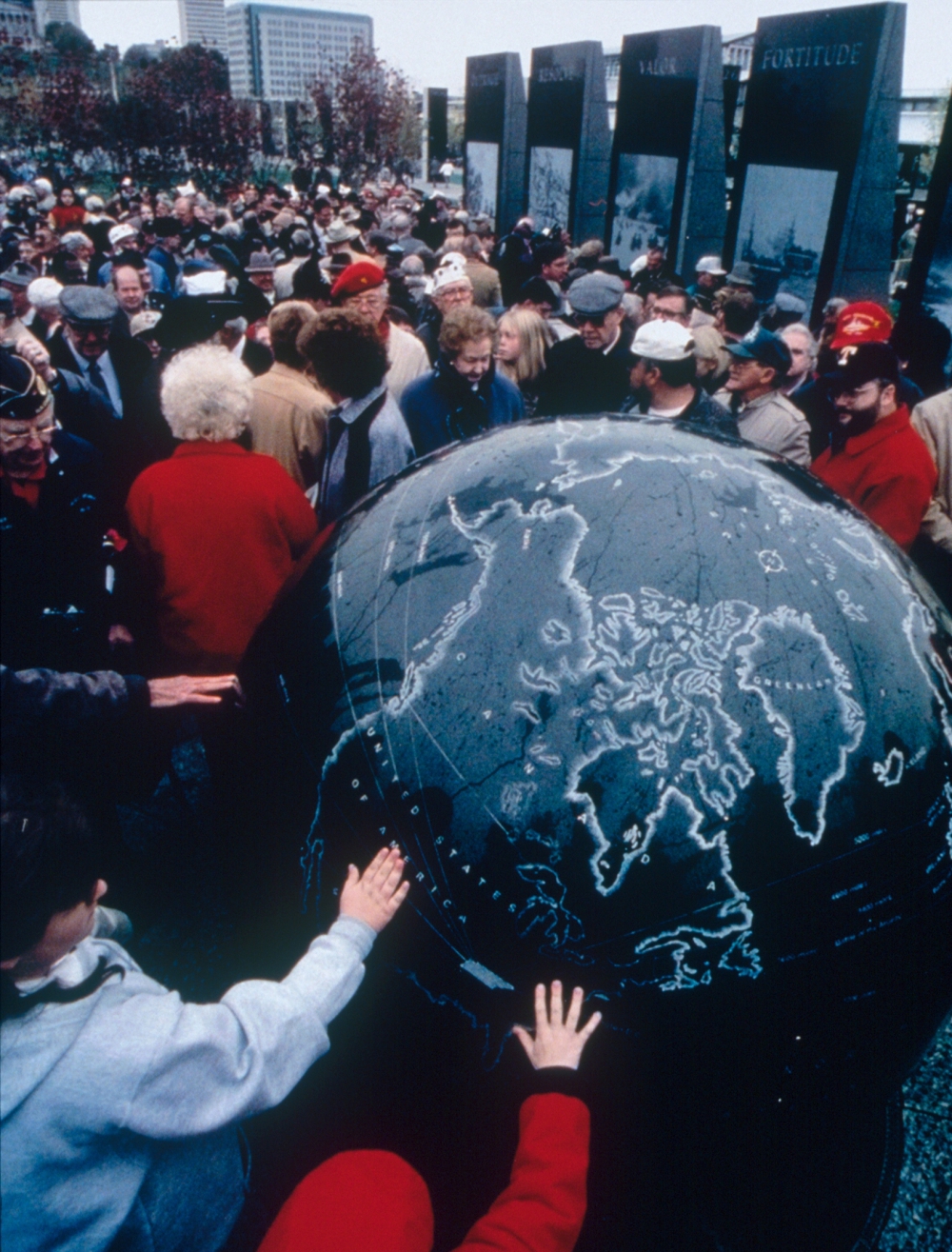