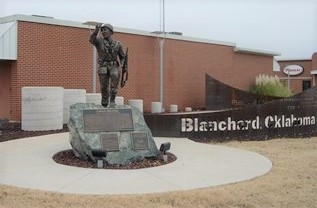 Tony K. Burris Memorial stands a beautiful bronze sculpture in uniform of SFC Tony K. Burris, a former resident of Blanchard who gave his life for his country in Korea and was awarded the Congressional Medal of Honor. The sculpture is on a large rock base stands with plaques on the rock describing his service honors. To the east of this status about 100 ft. is a war memorial with a marble stone dedicated to this memorial. That stone reads: "Freedom is not free - never has been, never will be. The veterans honored here knew that we will remain forever in their debt. General Tommy Franks Dedication of the Tony K. Burris memorial September 15, 2007." The metal plaque on the rock base of his statue reads: "SFC Tony K. Burris, a member of the Choctaw Tribe was born in rural Blanchard, Oklahoma on May 30, 1929, to Mable (Curry) and Samuel Burris , Jr. He was one of ten children. Tony graduated from Blanchard Public Schools in 1947 and was a member of the Blanchard First Baptist Church. "He volunteered for military service in July of 1950, and received his basic training at Fort Riley, Kansas and advanced training at Fort Belvoir, Virginia. After fifteen months in the service of this country, he died a hero's death near Imok-Chong, North Korea. Sergeant Burris was awarded the Purple Heart with two Clusters and the Silver Star posthumously. The Congressional Medal of Honor was presented to Tony's family by General Omar Bradly on May 9, 1952. "SFC Tony K. Burris (RA 18313674) was interred in the Blanchard Cemetery with full military honors on February 11, 1952." A second plaque at the base of the statue reads: "Letter written to family from unknown location in Korea. '...I received word from a pretty reliable source the other day that no one from our regiment will be rotated until this new attack is over with, so that will be just that much longer before it becomes my turn...it is so chilly at night--I would hate to spend another winter here. Love, Tony" Beneath that is a replica of the telegram sent to Mable Burris announcing her son's death, dated 31 October 1951. The Congressional Medal wording reads: "Congressional Medal of Honor / Sergeant First Class Tony K. Burris, USA / For conspicuous gallantry and intrepidity at the risk of his life above and beyond the call of duty in action with the enemy: Sergeant Burris, Infantry, United States Army, a member of Company L, 38th Infantry Regiment, distinguished himself by conspicuous gallantry and outstanding courage above and beyond the call of duty in the vicinity of Mundun-ni, Korea, on 8 and 9 October, 1951. On 8 October, when his Company encountered intense fire from a entrenched hostile force, Sergeant First Class Burris charged forward alone, throwing grenades into the position and destroying approximately fifteen of the enemy. On the following day, spearheading a renewed assault on enemy positions on the next ridge, he was assaulted by machine gun fire but continued the assault, reaching the crest of the ridge ahead of his unit and sustaining a second wound. Calling for a 57mm recoilless rifle team, he deliberately exposed himself to draw hostile fire and reveal the enemy position. The enemy machine gun emplacement was destroyed. The Company then moved forward and prepared to assault other positions on the ridge line. Sergeant First Class Burris refusing evacuation and submitting only to emergency treatment, joined the unit in its renewed attack but fire from hostile emplacements halted the advance. Sergeant First Class Burris rose to his feet, charged forward and destroyed the first emplacement with its heavy machine gun and crew of six men. Moving out to the next emplacement, and throwing his last grenade which destroyed this position, he fell mortally wounded by enemy fire. Inspired by his consummate gallantry, his comrades renewed a spirited assault which overran enemy positions and secured Hill 605, a strategic position in the battle for "Heartbreak Ridge." Sergeant Tony K. Burris' indominable fighting spirit, outstanding heroism, and gallant self-sacrifice reflect the highest glory upon himself, the Infantry, and the United States Army."

Located at the northeast corner of Second St. and N. Main in downtown Blanchard, Oklahoma 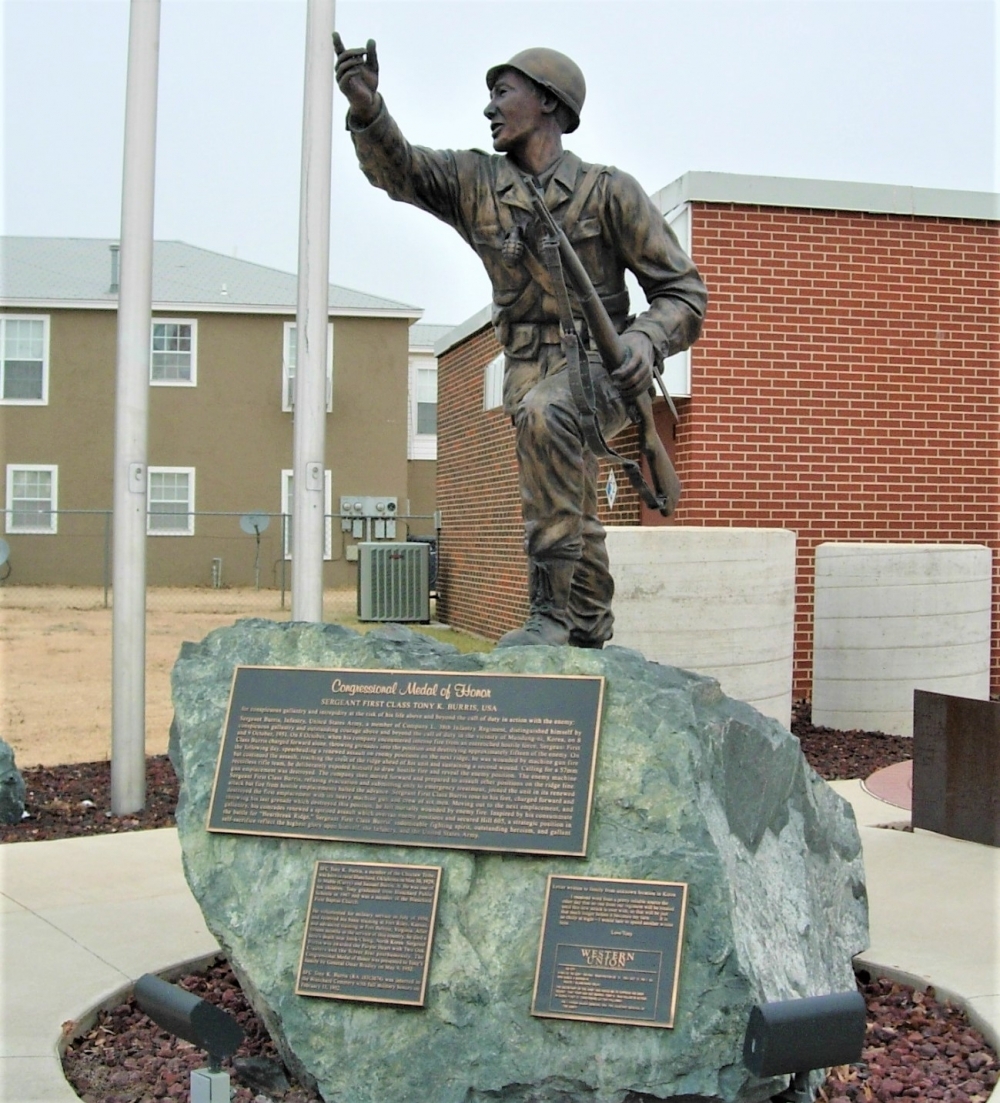 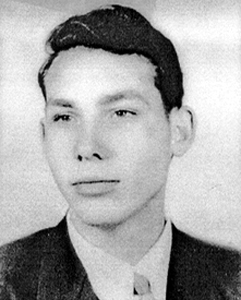