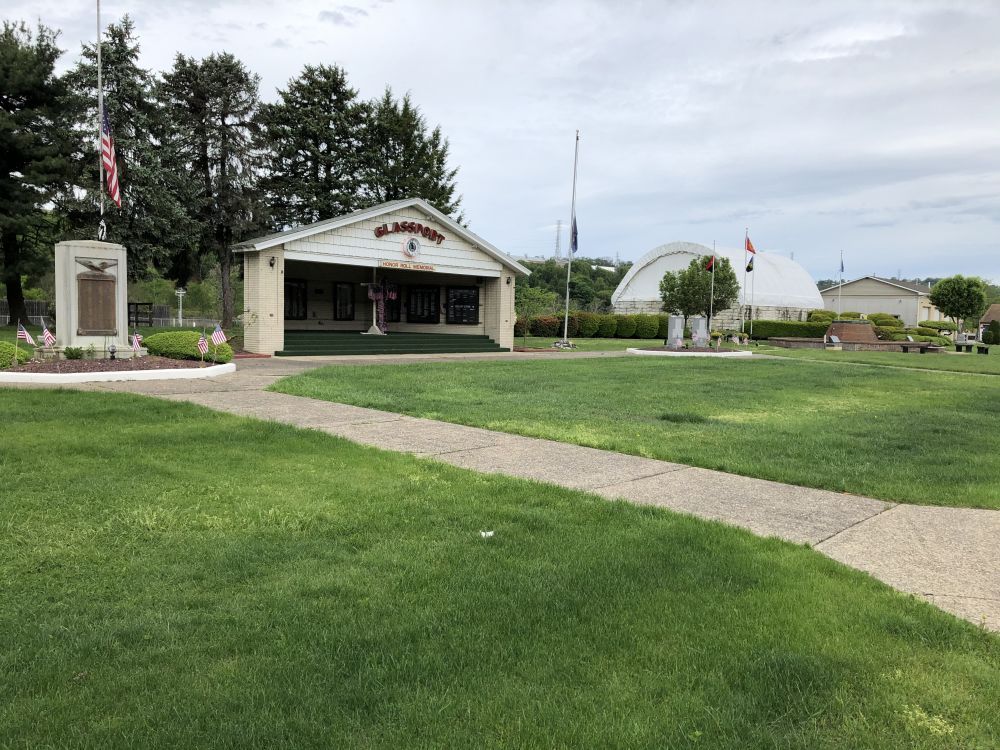 The Glassport Honor Roll Memorial Park contains four memorials in a public park that spans across an entire city block. The first memorial is a bronze and granite stone that lists the names of Glassport, Pennsylvania residents who served in World War I. The second is a brick pavilion with an honor roll covering World War II, Korea, Vietnam, and Desert Storm eras. The third are two granite monoliths dedicated to those who served in the Korean and Vietnam Wars, which were contributed in 1984 by American Legion Post 443. The fourth is a US Navy ship anchor circa World War II, produced by a local foundry honoring the war workers that made victory possible. 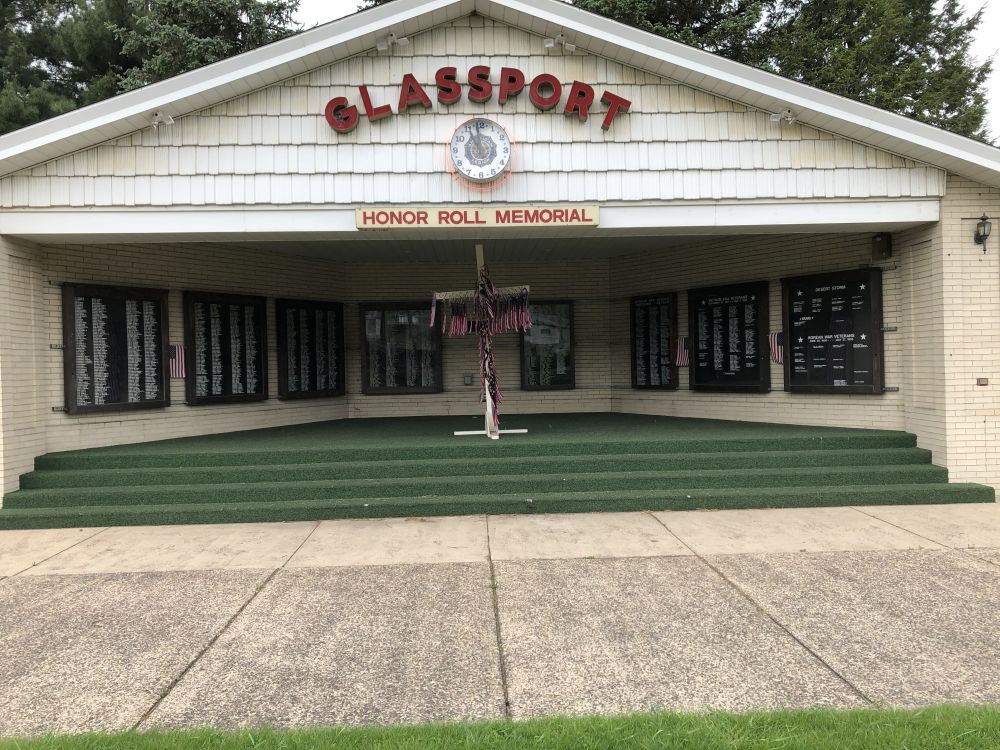 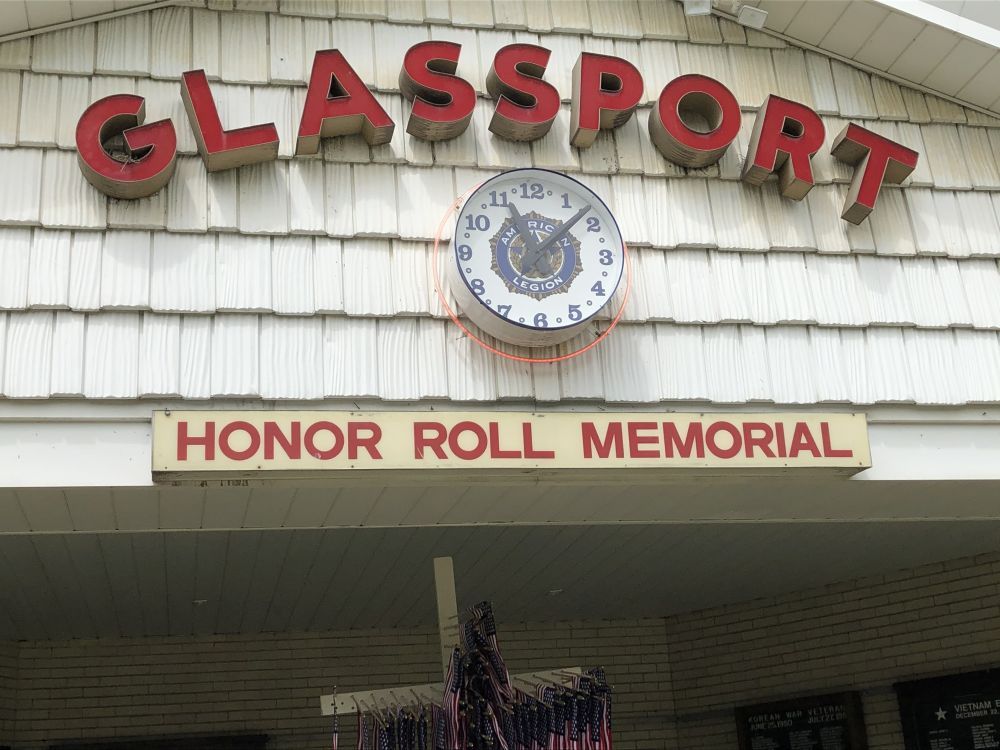 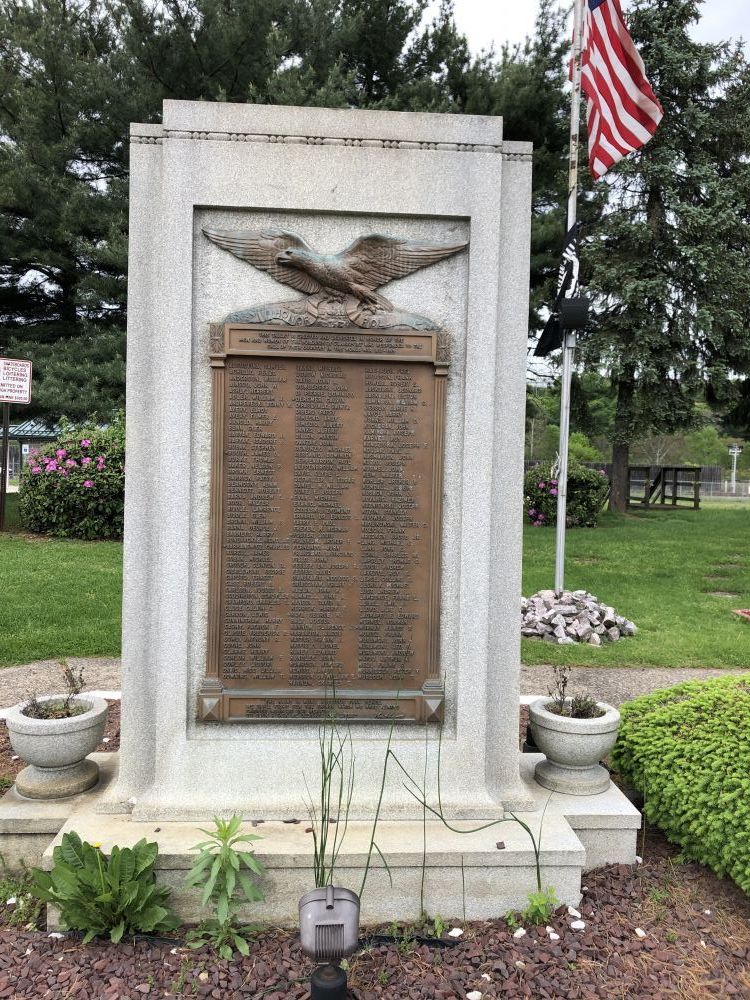 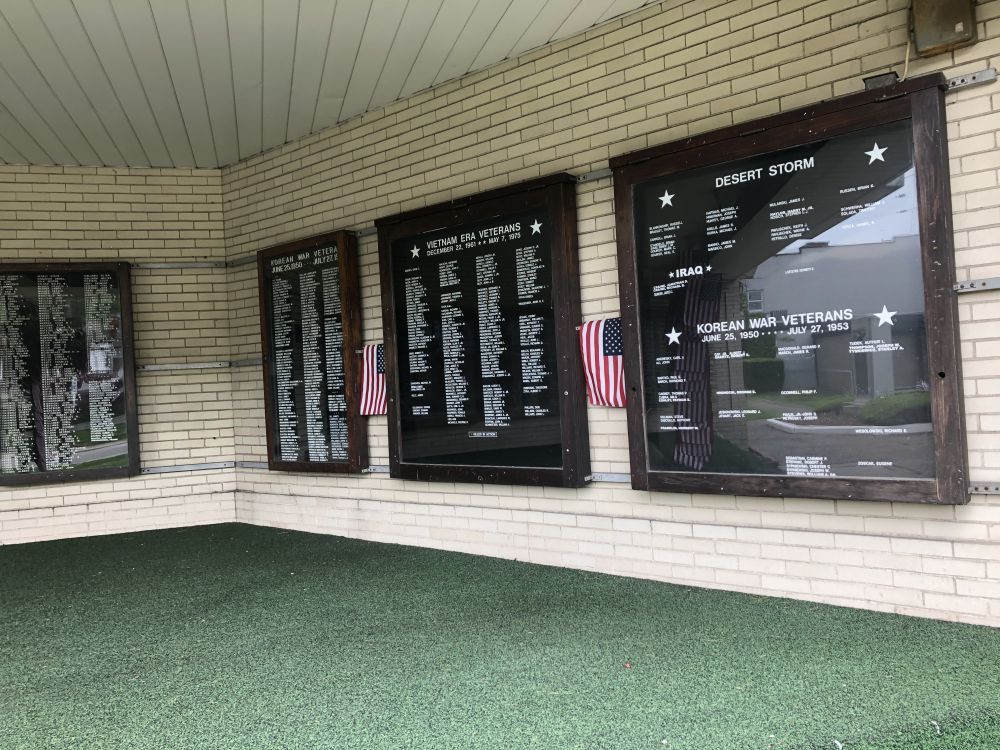 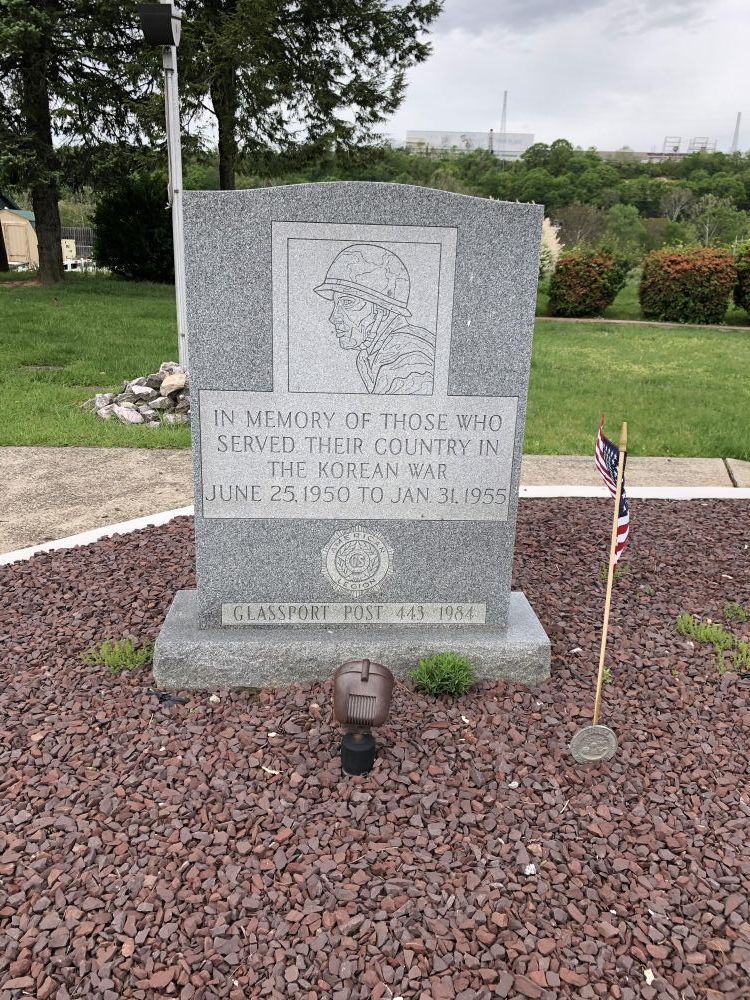 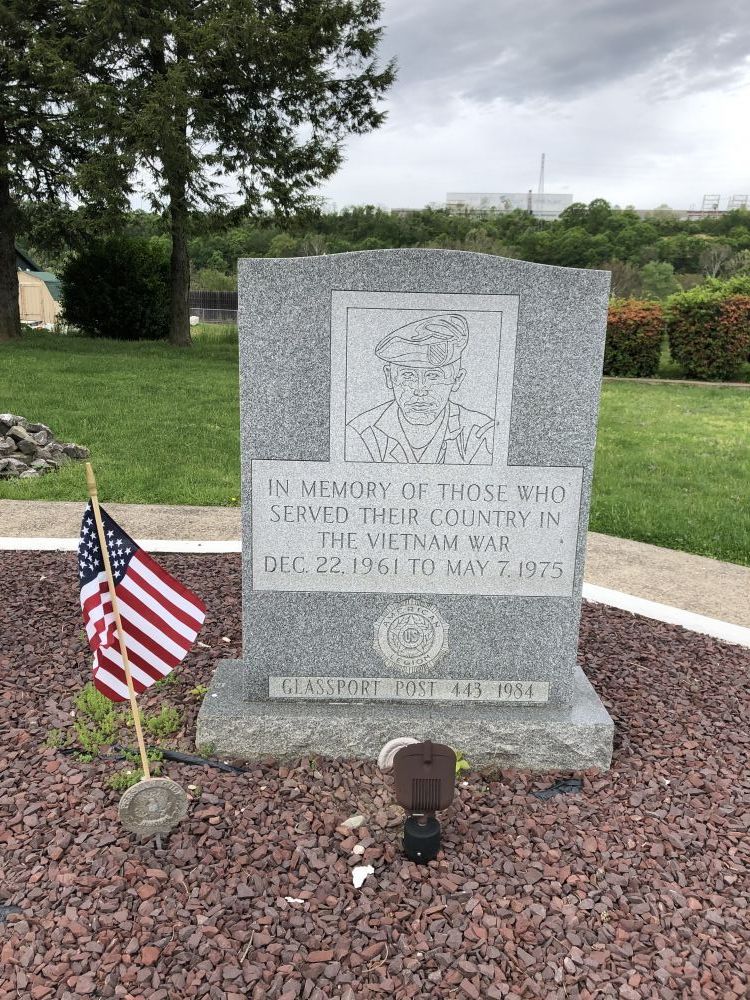 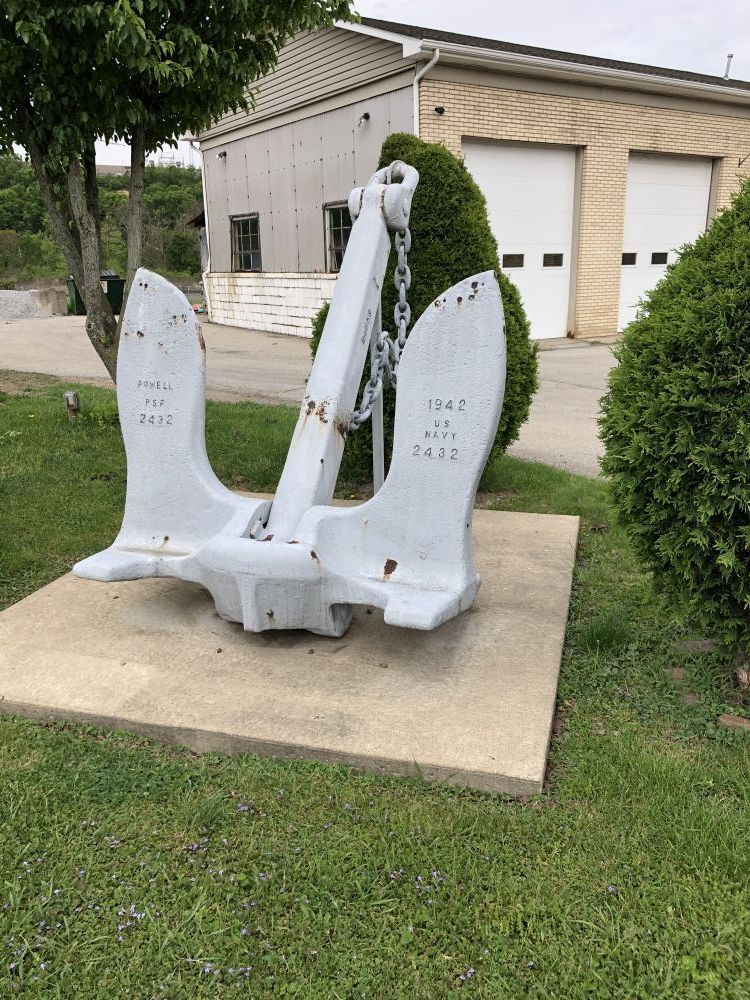 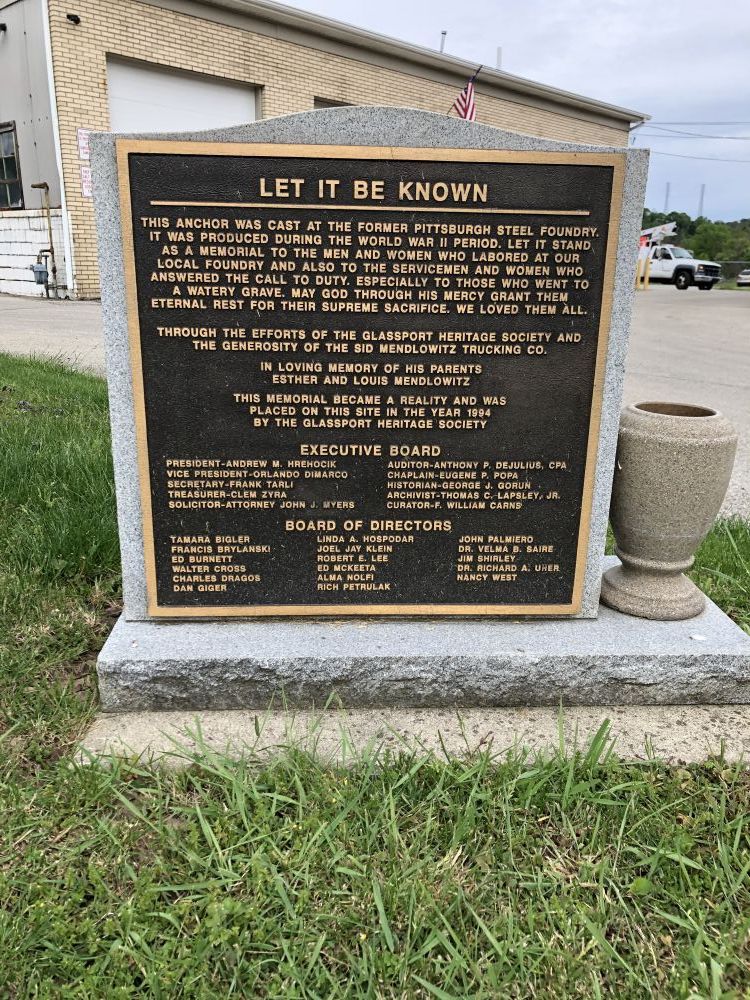