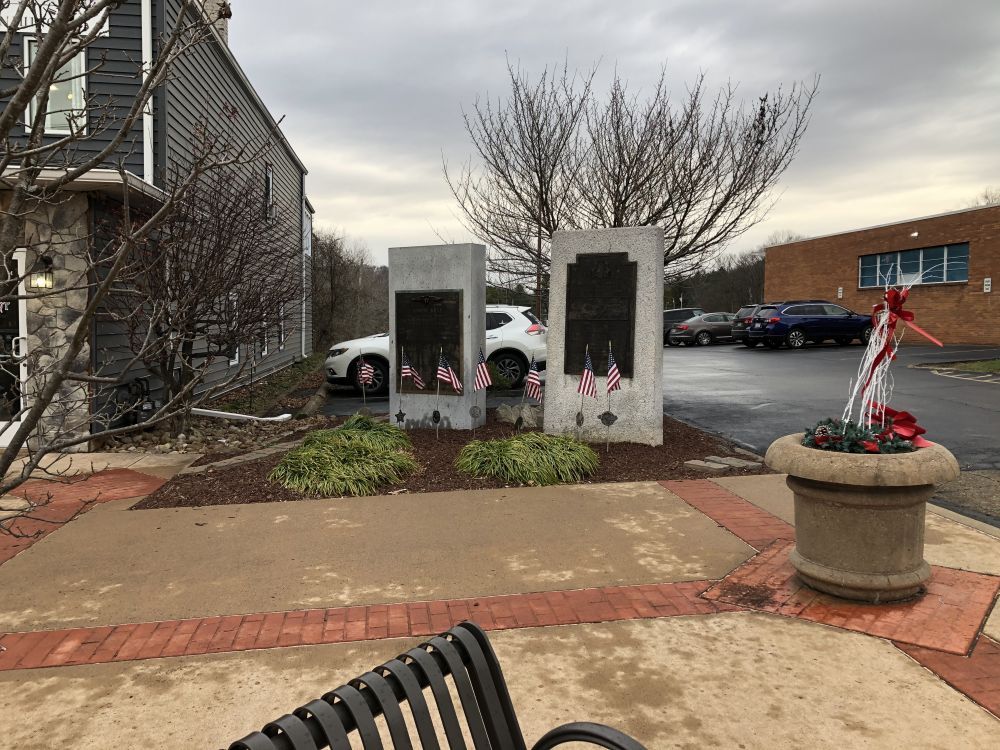 Two tall granite monoliths. One commemorating the Forbes Road which fronts on the memorial. The road was built by General Sir John Forbes in 1758 to enable his British troops to capture the French fort that was located at the conjunction of the Allegheny and Monongahela Rivers in Pennsylvania, now the site of Pittsburgh. The other contains an attached bronze plate with the names of those from the greater Murrysville area who served in World War I and World War II.

Citizens of the greater Murrysville Area

3898 Old William Penn Highway Murrysville, PA 15668 The location was once a Post Office and is now a church hall of the First United Methodist Church of Murrysville. The granite stones were moved from the front of the building to a small plaza at the western corner. 40 Degrees 25’ 43” North 79 Degrees 41’ 51” West Murrysville is a Municipality located in Westmoreland County, Pennsylvania. 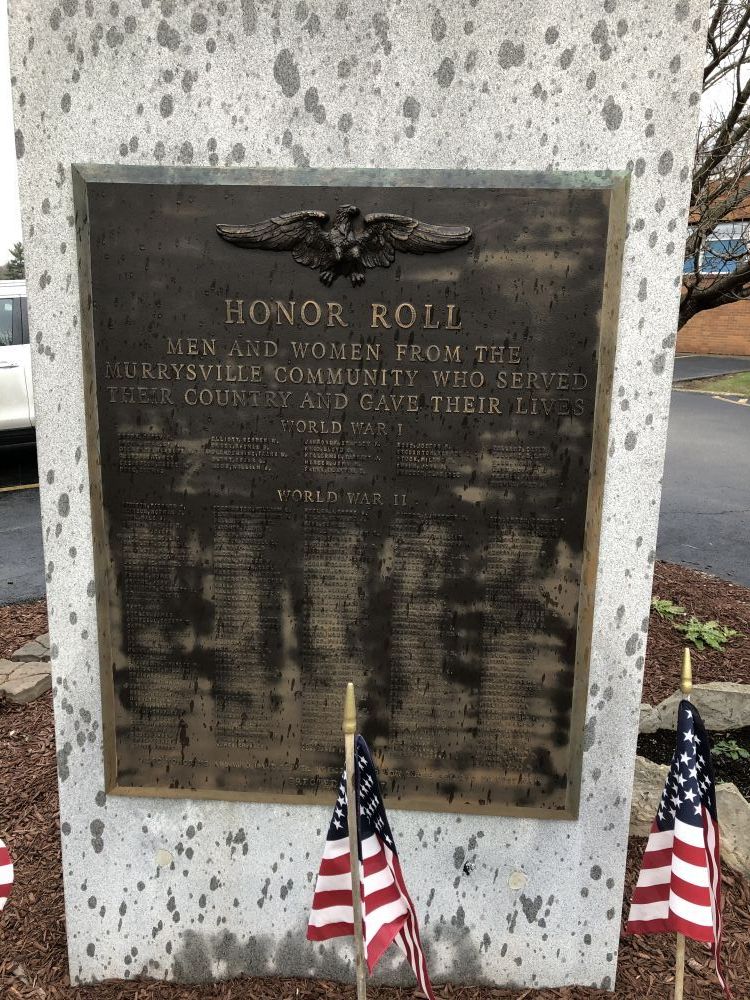 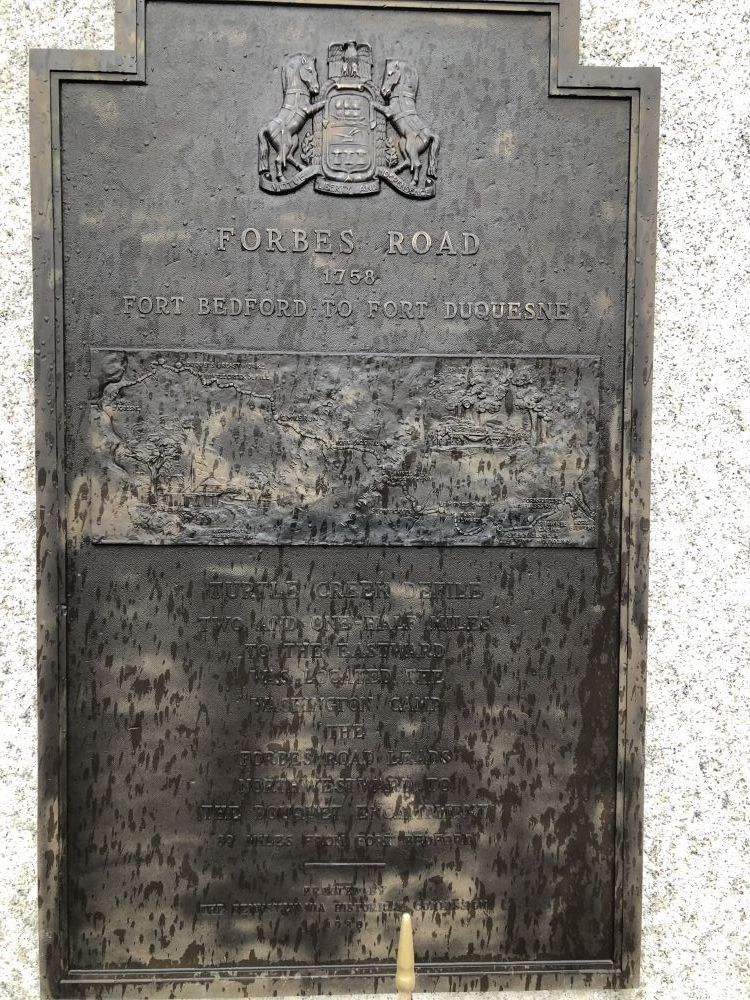