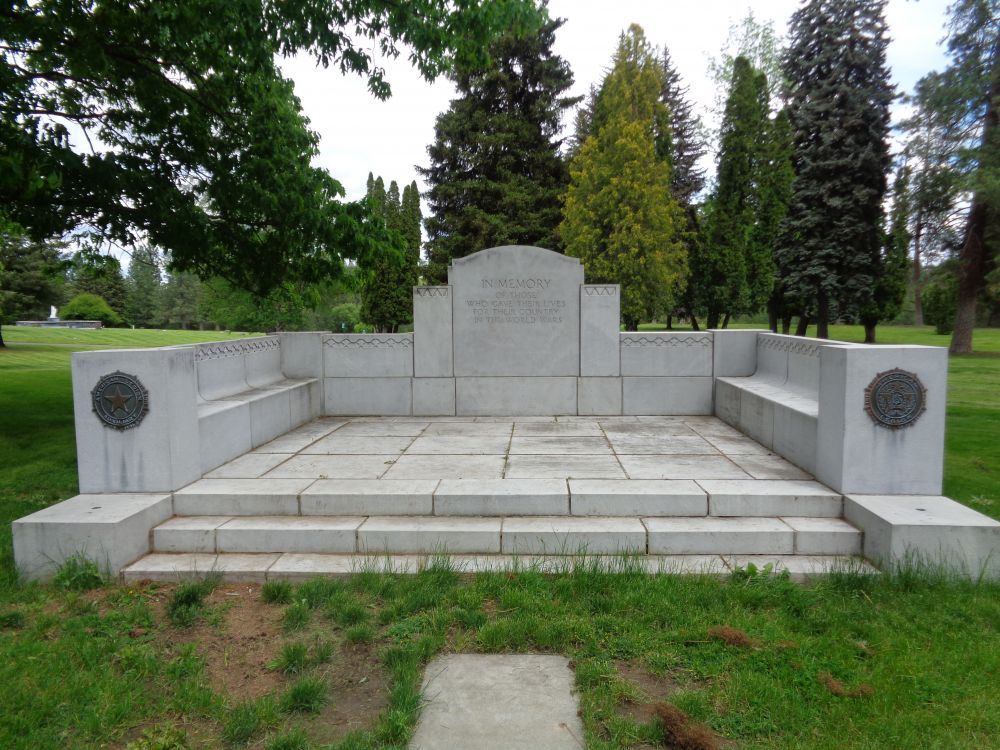 This cenotaph (cen-a-taf) erected at Riverside Memorial Park Cemetery in Spokane was paid for and dedicated by American Legion Post 9 on Nov. 12, 1930. A crowd of approximately 500 attended the dedication ceremony. The cenotaph is a monument to veterans, buried elsewhere, who died in the first world war. Henry Bertelsen was the architect and Comrade J. M. Simonson the stonecutter. The Gold Star Mothers unveiled the $6,000 American Legion/Auxiliary Memorial, and Commander Charles Casey presided over the ceremonies. Past Department Commander Edward Robertson delivered the dedicatory address, stating, “The words we speak die with their own echoes, we have carved from our native hills these flawless stones, and we have here now a memorial which is beautiful and which will last until the end of time.” A stone with seating. "In Memory Of Those Who Gave Their Lives For Their Country In The World Wars," placed beside the "Never Forget Garden." Plaques for American Legion and American Legion Auxiliary on front of monument. 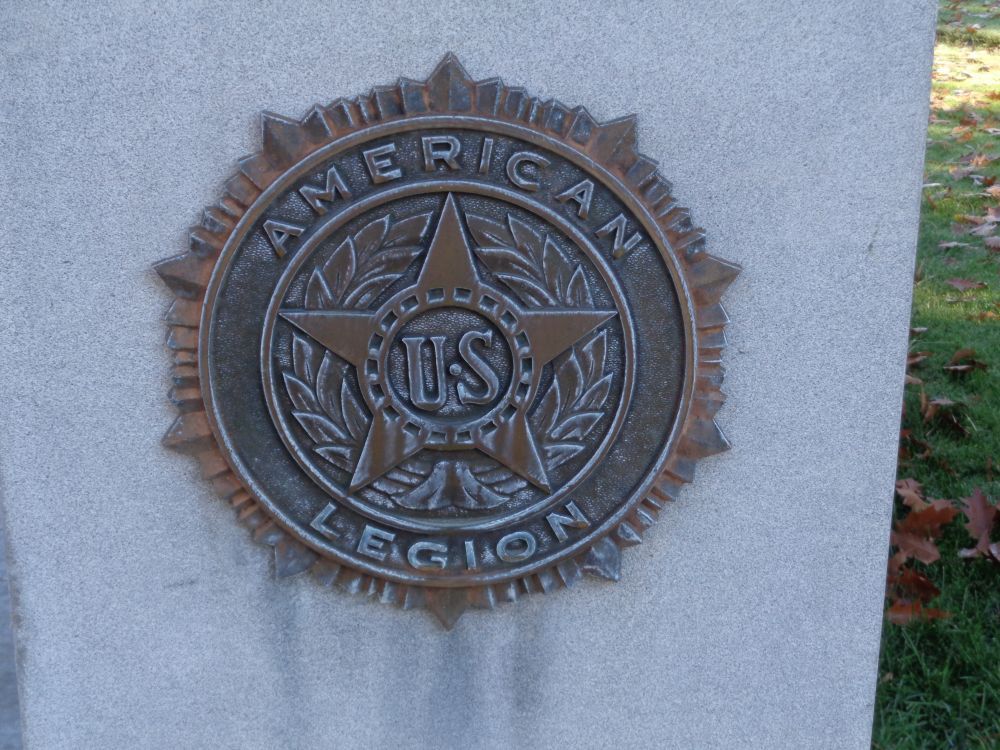 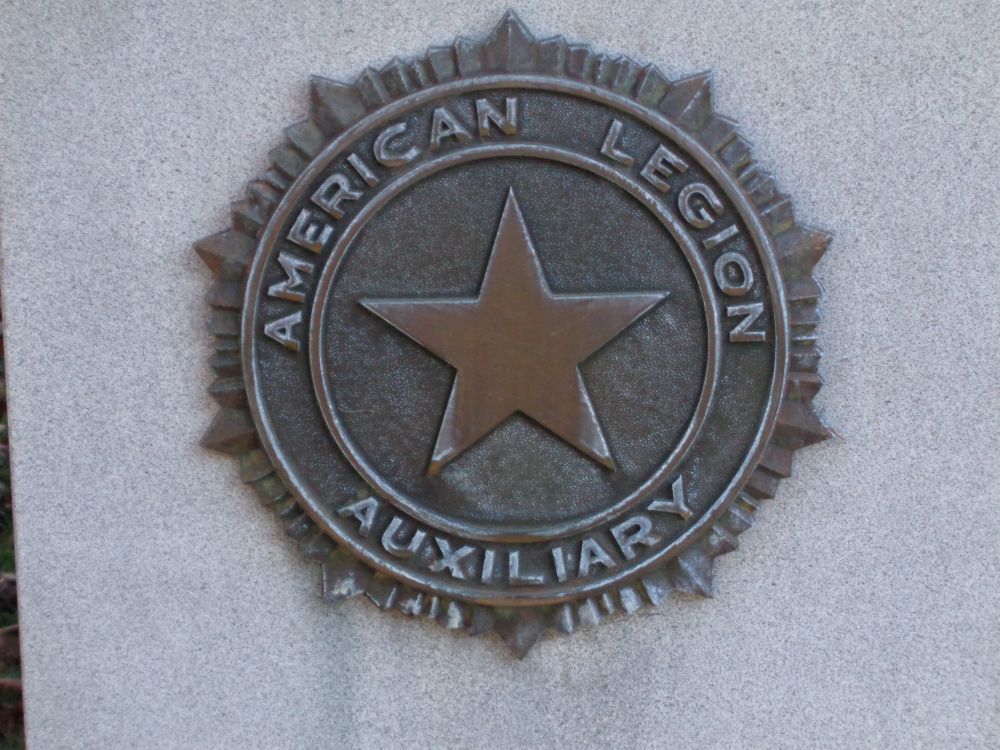 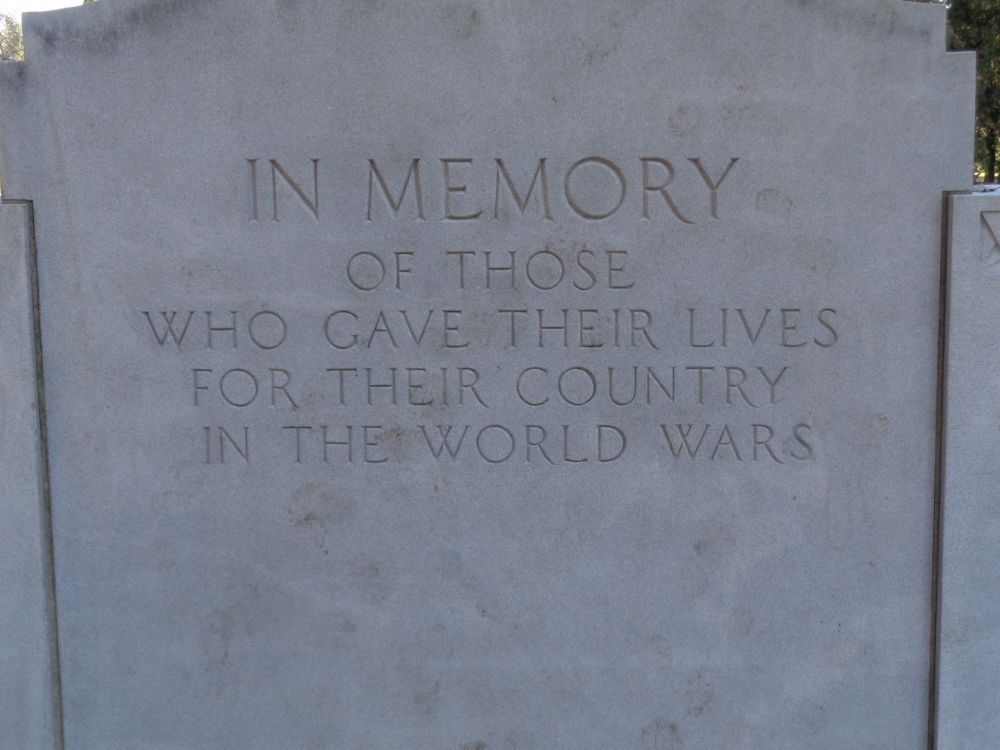 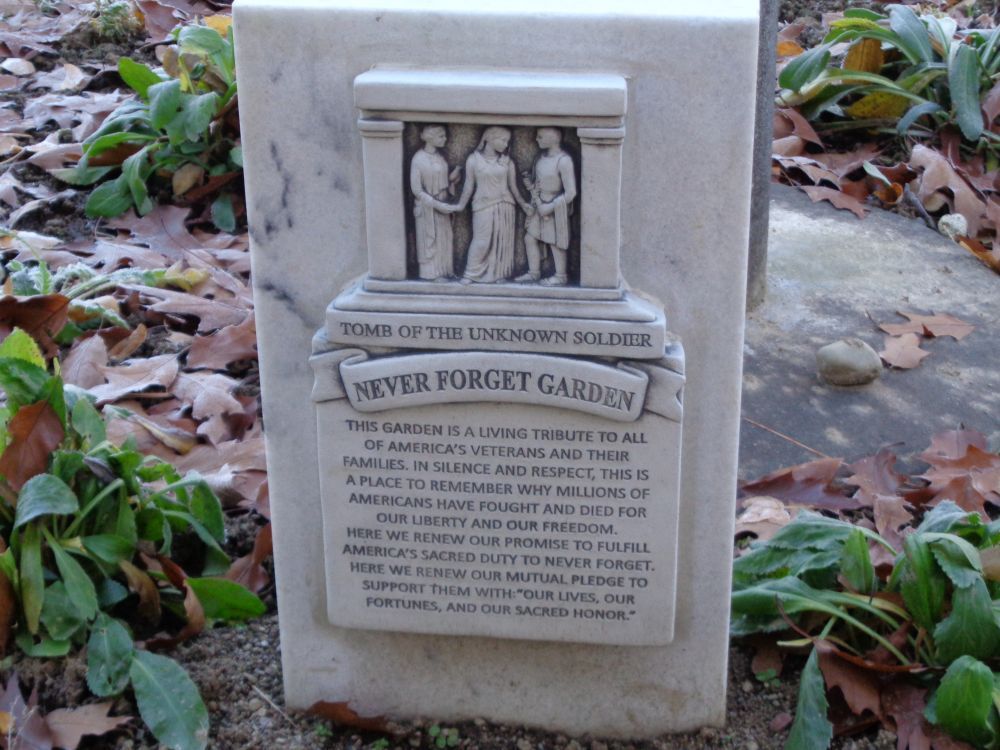