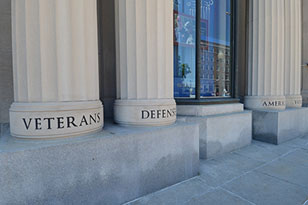 The American Legion is the largest wartime veterans service organization with nearly 2 million members and more than 12,000 posts in communities throughout America. The American Legion, established by an act of Congress in 1919, was instrumental in getting the original GI Bill through Congress and the creation of the Department of Veterans Affairs.

Today, the organization is active throughout the United States, supporting current military personnel and veterans, sponsoring American Legion Baseball, Boys State, Oratorical Contests and other activities for youth, and pushing for the adoption of a constitutional amendment to prohibit desecration of the U.S. flag.