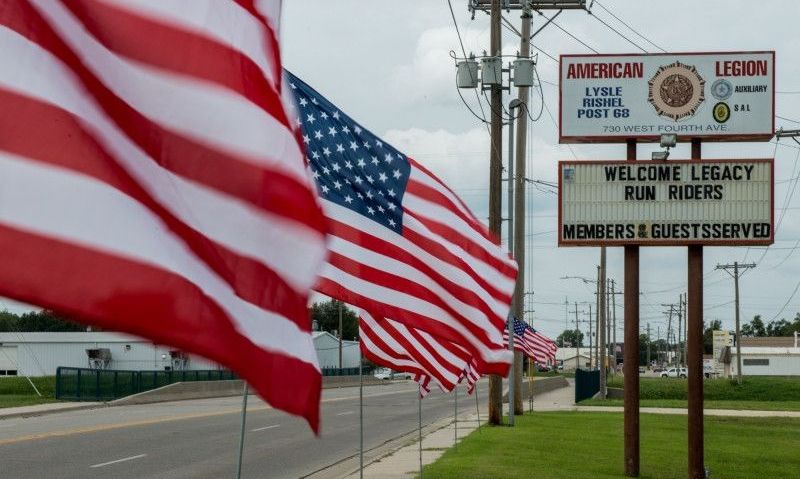 In order to assist in promotion of the 2022 American Legion Legacy Run, we’ve created a sample press release for posts along the route to share with their local media and rally community support for the ride.

The release, which can be downloaded here, allows for American Legion posts to provide all the pertinent details to local media outlets about the Legacy Run prior to the ride arriving in their community. Included in the release is information about The American Legion Legacy Scholarship Fund, as well as the encouraging of community members to welcome the ride through patriotic displays.

A foldable brochure that provides information on the Legacy Run and can be shared also is available to download here.

The 17th American Legion Legacy Run, one of the largest and longest motorcycle rides in the country, will take place Aug. 21-25; those wanting to participate can register here.

The 1,200-mile ride will leave from the USS Alabama Memorial Park in Mobile, Ala., on Aug. 21 and travel through Mississippi, Tennessee, Kentucky, Missouri and Illinois before winding up at American Legion Post 434 in Oak Creek, Wis. – a 20-minute drive from Milwaukee, the site of the 2022 American Legion National Convention.

The 2021 Legacy Run raised more than $1.1 million for The American Legion Legacy Scholarship Fund, which provides college scholarships to the children of U.S. military personnel killed while on active duty on or after Sept. 11, 2001, as well as for children of post-9/11 veterans with a combined disability rating of 50 percent or greater by the Department of Veterans Affairs. It marked the seventh time the Legacy Run has surpassed $1 million and raised the amount raised for the Legacy Fund through the ride to more than $15 million dollars since 2006.