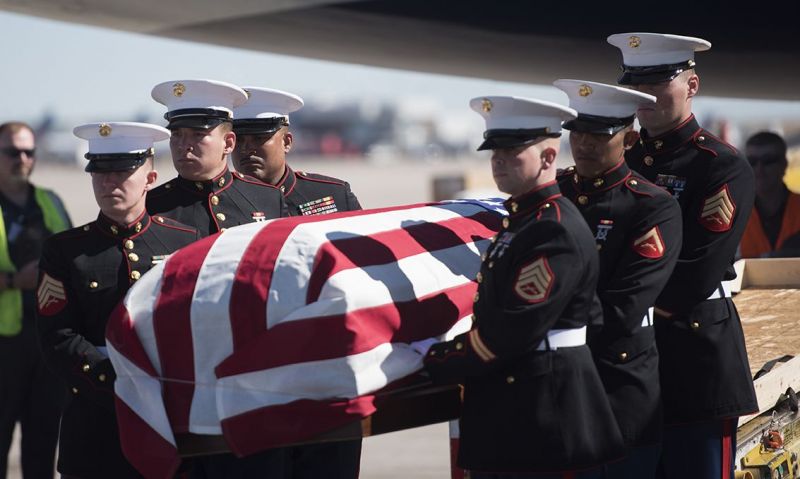 Department of Defense officials identified 25 more missing servicemembers from the remains returned to the United States by North Korea. The repatriation of 55 cases of remains marked the largest single turnover of remains by North Korea and the first since 2007.

The news of the identifications was first announced by Vice President Mike Pence and confirmed by the Defense POW/MIA Accounting Agency (DPAA) during their 2019 Korean War and Cold War annual Government Briefings. More than 500 family members attended the meetings providing the latest information to family members of those unaccounted for from the two conflicts.

Secretary of State Mike Pompeo called the news of the identifications “a promise kept from the agreement between Chairman Kim and President Donald Trump … to return all of our fallen heroes.”

The American Legion has long advocated for the return of remains from the Korean Peninsula and is dedicated to a full accounting of U.S. military classified as missing in action or prisoners of war. DPAA Director Kelly McKeague presented American Legion National Commander Brett Reistad with a flag that had been draped over one of the 55 transfer cases of remains during the Legion’s annual Washington Conference.

“This was the first time that North Koreans had turned over remains in 13 years,” McKeague said during the conference. “You are part of this. Your advocacy. Your raising awareness resulted in this happening.

“You continue to champion this noble cause in the halls of Congress and throughout the communities of this great nation. To not only raise the awareness level of our American leaders and Americans of all stripes, but more importantly to engender their support.”