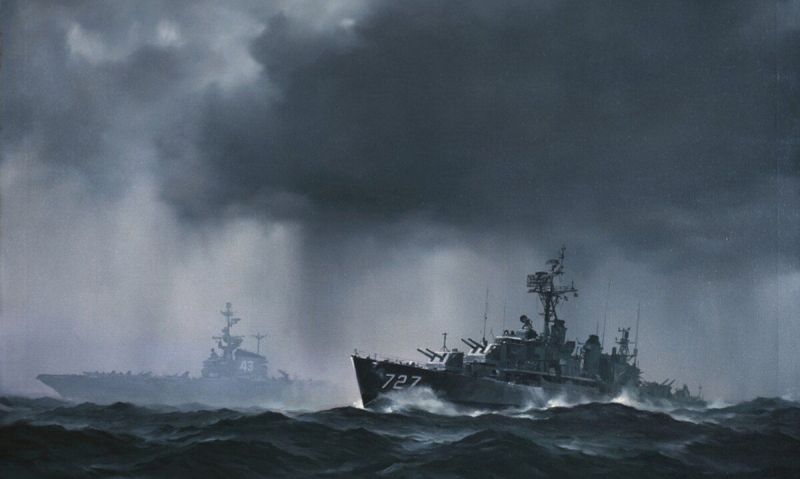 American Legion-supported legislation extending disability benefits covering medical conditions associated with Agent Orange exposure to Blue Water Navy veterans unanimously passed in the U.S. Senate June 12 and will now go to the White House. H.R. 299, the Blue Water Navy Vietnam Veterans Act of 2019, passed 410-0 in the House of Representatives on May 14 and will become law once signed by President Donald Trump.

Veterans who served in Vietnam between 1962 and 1975 are presumed to have been exposed to Agent Orange if diagnosed with a medical condition associated with the herbicide, according to the Agent Orange Act of 1991. However, this act applied only to veterans who served on land and in Vietnam’s inland waterways, excluding those who served on ships off the coast of Vietnam, known as “Blue Water” Navy veterans. H.R. 299 will extend these benefits to the Blue Water Navy veterans.

H.R. 299 further expands coverage and includes the provision that every veteran exposed to herbicides like Agent Orange should receive the same presumptive benefits. A provision in H.R. 299 states, “A veteran who, during active military, naval, or air service, served offshore of the Republic of Vietnam during the period beginning on January 9, 1962, and ending on May 7, 1975,” will be eligible for disability compensation for presumptive conditions of herbicide exposure. This will allow veterans who fall into that category and whose claims have been denied or held in pending status to gain access to VA medical care for conditions on the presumptive list.

Passage of the legislation came just over a week after the Department of Justice announced it would not appeal a federal court ruling, Procopio v. Wilkie, extending disability benefits for Agent Orange exposure to Blue Water Navy veterans.