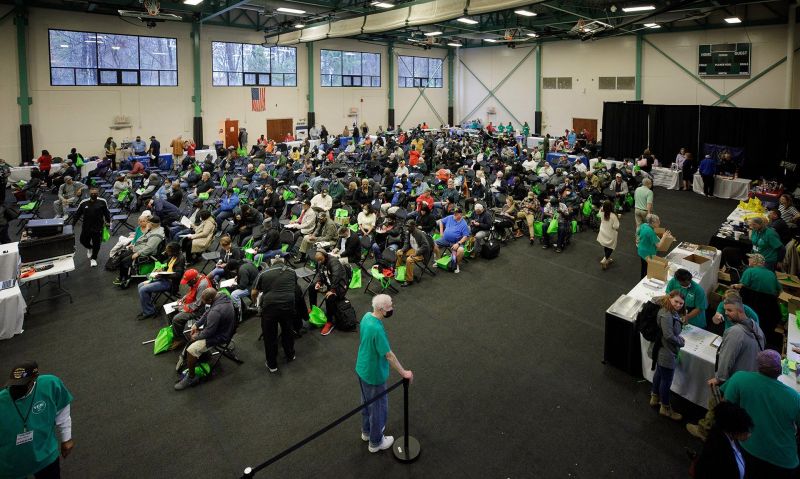 A Veterans' Experience Action Center similar to the one that took place last March in Cary, N.C., will take place Nov. 17-19 at American Legion Post 10 in Wilmington.

In 2015, the American Legion Department of North Carolina began staging what it called at the time Veterans Benefits Action Centers throughout the state, bringing veterans needing benefits assistance and other help face to face with veteran service officers from all over the state, as well as staff from the Veterans Health Administration, Veterans Benefits Administration and the Vet Center program. Veterans could check on the status of pending VA claims and file new ones on the spot. Some received VA disability ratings while at the centers; the results were millions of dollars in VA benefits awarded through the centers.

COVID-19 put those on hiatus for more than a year, but in late 2021 they were able to resume, with one happening in Wilmington, N.C., and another happening last March in Cary. In the latter, more than an estimated 1,000 veterans came through the center over the course of the three days.

On Nov. 17-19, American Legion Post 10 in Wilmington will again host what is now known as a Veterans Experience Action Center (VEAC), teaming with VA and the North Carolina Division of Military and Veteran Affairs. The event will again bring veterans face to face with service officers and claims adjudicators. And it couldn’t come at a better time, says North Carolina Legionnaire and Wilmington VEAC chairman Tom Cerniglia.

Last summer the president signed into law the Sergeant First Class Heath Robinson Honoring Our PACT Act, which covers veterans from Vietnam through Iraq and Afghanistan, and is the most significant expansion of benefits and services for toxic-exposed veterans in more than 30 years and addresses a broad spectrum of toxic exposures. The Wilmington VEAC will allow veterans to file PACT Act claims, but they will not be able to be adjudicated until January 2023.

“Millions and millions of dollars have been given out in disability increases and compensation over the past few years that we’ve done this. And it doesn’t look like we’re going to stop,” said Cerniglia, the commander of Post 551 in Southport and chairman of the Department of North Carolina’s Internal Affairs Commission. “It’s doing well. The average disability increase is about $19,000 a year. That’s given (a veteran) a road out of poverty. And nobody goes away unattended once they’ve been inside the building.”

Veterans attending the VEAC will have the opportunity to:

·       Ask questions about VA appeals or benefits to which they may be entitled.

·       Get assistance facilitating and expediting existing claims and appeals.

All veterans planning to attend are asked to bring the proper documentation about their case, including their DD 214, and all medical records related to their disability, both military and civilian.

Cerniglia said putting on something like the VEAC is a team effort. “You can’t do this by yourself,” he said. “I’ve got 12 very dedicated people pretty much from the beginning of the five years we’ve been doing this that have stayed with this program and have used it as a tool to help the thousands of veterans that have gone through it.”