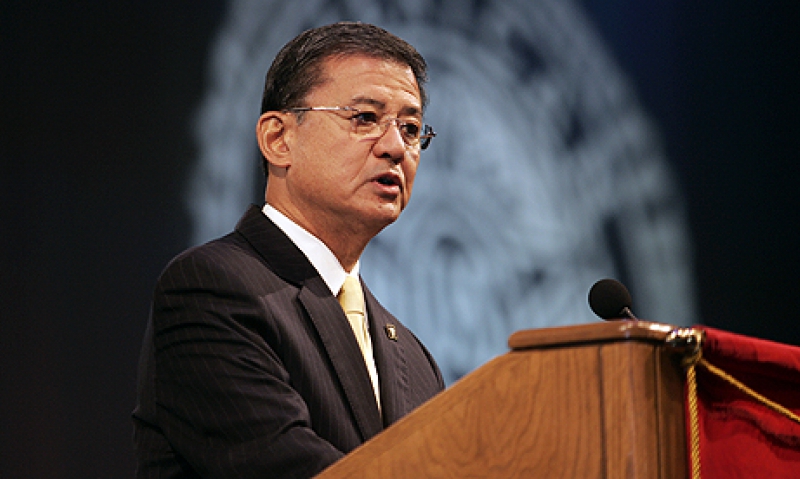 A newly published regulation expanding benefits and reducing documentation requirements for veterans exposed to the toxic defoliant Agent Orange during the Vietnam War has no effect on VA Secretary Eric Shinseki's pledge to "break the back of the backlog this year."

Speaking to thousands of veterans gathered at the 92nd American Legion Convention in Milwaukee Tuesday, Shinseki included VA's massive backlog of undecided benefits claims among his top three priorities for 2011. His speech came on the same day a new regulation was published adding three health conditions - ischemic heart disease, Parkinson's disease and all B-cell leukemias - to the list of disabilities presumed to have been caused by Agent Orange exposure by those who served in Vietnam.

By virtue of that listing, veterans will no  longer be required to obtain doctors' statements that their conditions were caused by military service in Vietnam.
The regulation, expected to cost over $13 billion and add some 250,000 new claims to the VA system over the next two years, faces a 60-day congressional review before compensation can be issued.

Overall, Shinseki noted that in 2009 alone VA fielded more than 1 million benefits claims. "That's not going to go down," he said. "Disability claims have increased 75 percent between 2000 and 2009. On average, that means over 97,000 claims being submitted every month."
He said VA has launched "an aggressive campaign to attack the claims backlog, a problem that has existed for decades. We intend to break the back of the backlog this year."

He said that while the Agent Orange claims are worked separately, VA will work toward a goal of having "no claim over 125 days and a 98-percent accuracy rate. Our average is now 160 days. Our goal is not to average 125 days. Our goal is no claim over 125 days, with 98-percent accuracy. It's not just faster. It's also going to be better and more accurate."

Shinseki said an increase of more than 3,500 new employees in the Veterans Benefits Administration, the introduction of online applications for initial disability benefits, and an initiative to bring forward staff ideas to identify best practices to improve the problem all play into the strategy. He said VA is also on course to deploy a paperless system in 2012.

On Sept. 23, Shinseki is scheduled to appear before the Senate Veterans Affairs Committee to explain his decision to expand Agent Orange benefits, largely due to its cost. "I am happy to do that," Shinseki said. "It was the right decision. The president and I are proud to finally provide this group of veterans, our Vietnam veterans, the care and benefits they deserve."

In addition to the backlog, increased access to VA health-care services and the eradication of veteran homelessness were listed by the secretary as his top priorities heading into 2011. "We will end veteran homelessness in the next five years," he told the crowd, repeating a pledge he has made often since becoming VA secretary in January 2009.

President Obama's request for a 10-percent increase in VA funding next fiscal year - on top of last year's 16-percent increase - would give the department a record-high $125 billion to fulfill its multi-faceted mission to provide health care, disability compensation, death benefits, college educations, career opportunities and other services for veterans and their families.