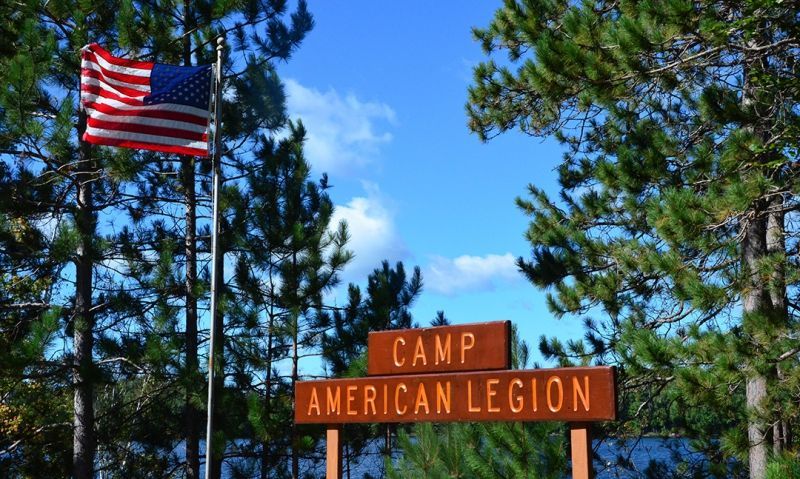 For more than 90 years veterans, military personnel and their families have been guests at the Department of Wisconsin’s Camp American Legion. Located on hundreds of acres along Big Carr, Little Tomahawk and Magrath lakes in the state’s Northwoods, the camp is open to any Wisconsin veteran or active-duty servicemember with a physician-documented physical or psychological illness, injury or disability; active-duty military returning from a deployment in the past nine months; and any surviving family of a servicemember killed in the past year.

Now an effort by Department of Wisconsin Commander Frank Kostka is geared toward permanently honoring that last group: Gold Star families. Kostka has made raising money to construct a Cabin for Families of the Fallen his commander’s project for nearly a year. Ground was broken on June 9 for the newest addition to Camp American Legion.

“This is my project,” Kostka said. “I wanted something to keep here in the state of Wisconsin to support our veterans. We, as the Wisconsin American Legion and the camp, support our fallen families. It’s important. And we have an environment up there at the camp that allows for the healing process.”

The cabin will feature two bedrooms and a full kitchen, and be handicap accessible. Gold Star families will have first consideration for use of the cabin. Kostka said an older cabin was started to wear out and was torn down; the space the cabin occupied will house the new cabin.

“We felt focusing on that one piece of property, that one lot where the cabin had to be taken down and destroyed because it was falling apart. And now we’re going to rebuild it,” Kostka said. “It’s kind of like you’re dealing with a Gold Star family that’s had these drastic things changing their whole life … but now they can be brought back up with this new cabin. It’s kind of a metaphor.”

Well over 1,000 veterans, military personnel and their families visit the camp annually. “We’ve talked to many veterans over the years, and being in that solitude and quiet in the Northwoods brings something to the table when it comes to healing in an individual veteran’s life or in a family’s life,” said Kostka, who began promoting Camp American Legion long before he was elected department commander. “I’ve encouraged Legionnaires to come to the camp. There’s many who have never been there. They’ve seen pictures of it, articles in the paper. We talk about it. But until you actually go there, put your feet on the ground and look at what’s there – at that point in time you realize what a great piece of property that we have and an asset to the organization.”