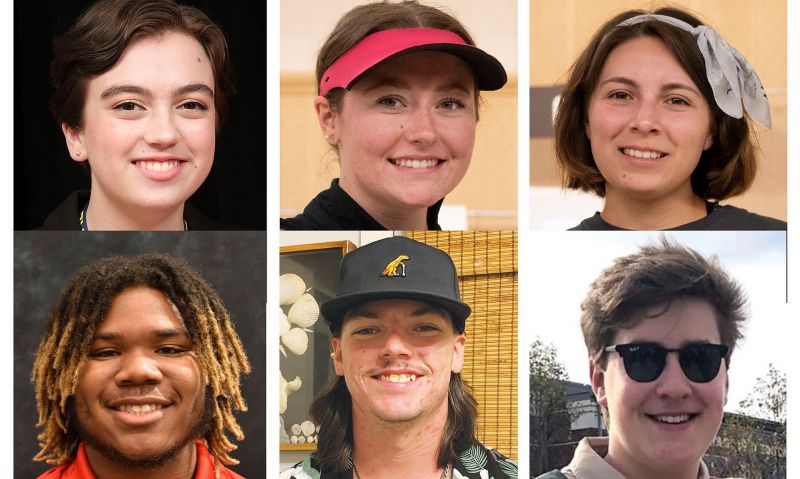 Champions of American Legion youth programs in 2022, along with the 2021 Legion Baseball All-Academic Team captain, will be honored on stage Aug. 30 during the 103rd National Convention in Milwaukee.

American Legion Junior 3-Postion Air Rifle Precision Champion Mikole Hogan. Hogan of Montgomery, Texas, won the precision title during the Legion’s air rifle championship in Colorado Springs, Colo., at the U.S. Olympic Training Center July 23, with an aggregate score of 2,486.8. She will be an incoming freshman on the air rifle competitive team at Texas Christian University.

American Legion Boys Nation President Tamarus Darby Jr. Darby attended Michigan Boys State and was selected to attend the 76th session of Boys Nation in Washington, D.C., July 22-30, where he was elected president. He plans to attend college at Howard University in Washington, D.C. on an ROTC scholarship. He will major in political science and international affairs and minor in economics.

American Legion National Eagle Scout of the Year Christopher Adam. Adam of Mechanicsburg, Pa., was nominated for the National Eagle Scout of the Year award by American Legion Post 109 in Mechanicsburg. For his Eagle Scout project, Adam designed and constructed a World War II D-Day memorial called Liberation Pointe to “honor the sacrifices of D-Day and World War II veterans and to make sure that America's future generations do not forget what these men and women did for our country and for the world.” The memorial is located on the grounds of the U.S. Army Heritage and Education Center in Carlisle, Pa. Adam is a cadet in the Class of 2026 at the U.S. Air Force Academy in Colorado Springs, Colo.

American Legion National Oratorical Contest Champion Emma Noble. Noble of Birmingham, Ala., won the Legion’s 83rd National Oratorical Contest, “A U.S. Constitutional Speech Contest,” in Indianapolis on April 24 and a $25,000 scholarship. She is a senior at the Alabama School of Fine Arts in Birmingham with plans to pursue college degrees in public policy and economics before attending law school.

2021 Legion Baseball All-Academic Team Captain Dylan Owens. Owens of Jacksonville, Fla., plays baseball for Trinity Baptist College in Jacksonville where he is studying to be a history and physical education teacher.