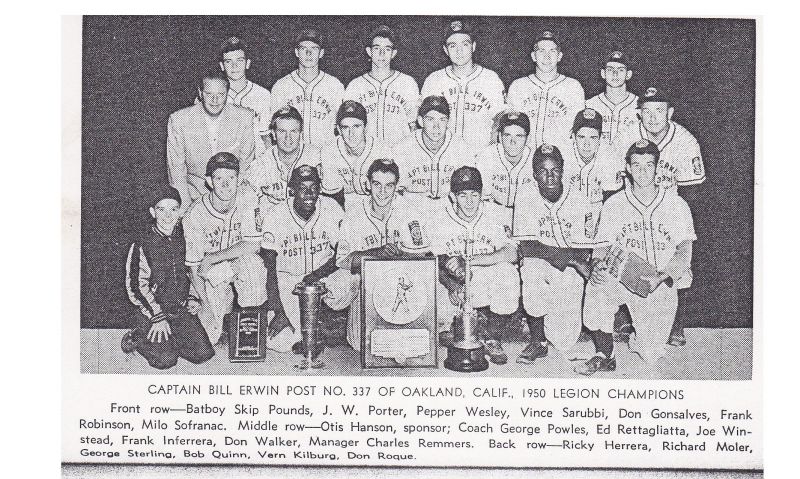 EDITOR'S NOTE: This is the second in a series of stories looking at the American Legion Baseball playoffs before the switch to the eight-regional format in 1960. Part 1 took a look at the first American Legion World Series in 1927.

The American Legion Baseball playoffs have settled in on a format that it has used almost without change since 1960.

Also, as more states joined national competition, the national office used a regional format that led to sectional competition to determine American Legion World Series participants, with many tweaks along the way.

In 1926, four regionals were held — in Yonkers, N.Y., Louisville, Ky., Salt Lake City, Utah, and Pocatello, Idaho — to determine the field for the inaugural ALWS in Philadelphia.

After a year off with no national competition in 1927, regionals were held across the country to determine East and West sectionals for eight years (1928-35).

An early indicator of the different formats that were used can be shown in 1928. The 1928 West sectional in Denver, Colo., was single elimination while the 1928 East sectional in Louisville, Ky., used a double-elimination format.

From 1929 to 1935, all regional and sectional playoff competition were single elimination.

For 1936 to 1941, a third sectional was added. It meant one sectional winner got a bye into the ALWS while the other two winners played a semifinal series.

From 1942 to 1959, a fourth sectional and the three-team fields were determined from 12 regional tournaments across the country. A semifinal was still used to determine the final two ALWS teams in 1942, then all four sectional winners advanced to the ALWS from 1943 to 1959.

The 1941 season brought more of an embrace of the double-elimination tournament format.

That didn’t mean single elimination formats were gone. In fact, that format was used in 20 more regionals and even four straight sectional tournaments in the 1950s.

Largely due to the single elimination format that was used in early days, 11 title teams from those first 33 years went unbeaten in national tournaments as compared to eight in the next 60 years.