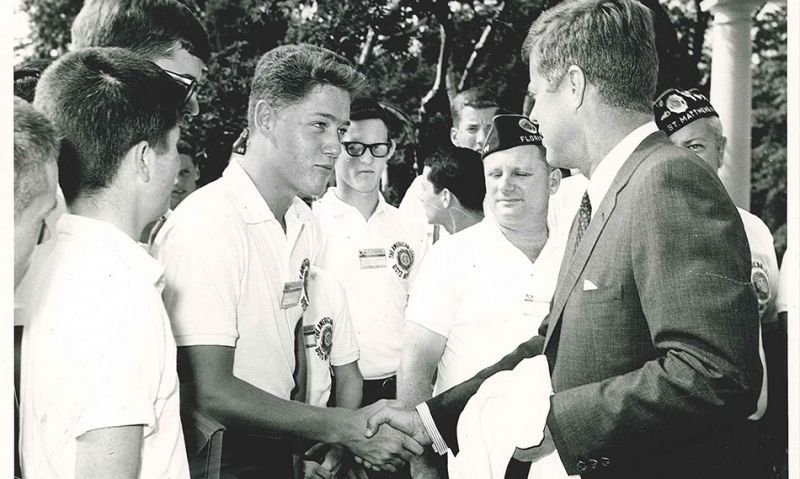 The image of a 16-year-old Bill Clinton shaking hands with then-President John Kennedy during the 1963 Boys Nation program’s visit to the Rose Garden has left an indelible mark on history.

It also helped shape Clinton’s political career, as he noted in a video message to Boys Nation in 2013.

And while Clinton has so far been the only Boys Nation alumnus to be elected President of the United States, he’s not the only one to make his mark in the political arena. A number of Boys Nation alumni have been elected to Congress, to state offices, even to local political posts.

“It was hard for me not to be drawn to public service after I felt an incredible call to patriotism when we sang patriotic songs during our time at Boys Nation,” former Wisconsin Governor Scott Walker (Boys Nation 1985) said in a 2010 interview with The American Legion.

Another 1960s-era delegate to Boys Nation has also made a name for himself in politics.

Alan Keyes has run for president three times, as well as U.S. Senate twice in Maryland and once in Illinois.

Another Texan, Kevin Sladek of San Marcos, repeated the achievement when he was elected Boys Nation president in 1998 and won the Oratorical Contest in 1999.

Speaking to The American Legion in 2013, Stratton said the program “completely changed my life.”

“Boys Nation lifted me from a small rural town in Illinois to a national perspective at a time of great change and importance in the country,” said Stratton, who went on to a law career after earning a bachelor’s and law degree from Harvard, with a master’s from the London School of Economics and Political Science in between. “President Kennedy admonished us to ‘get involved,’ not simply be spectators on the sidelines, and we all went home and did that. Our Boys Nation class is in many ways a microcosm of the 60s boomer generation and all the social and political change we experienced in the United States.”

Next: The country’s bicentennial prompts an unprecedented session.