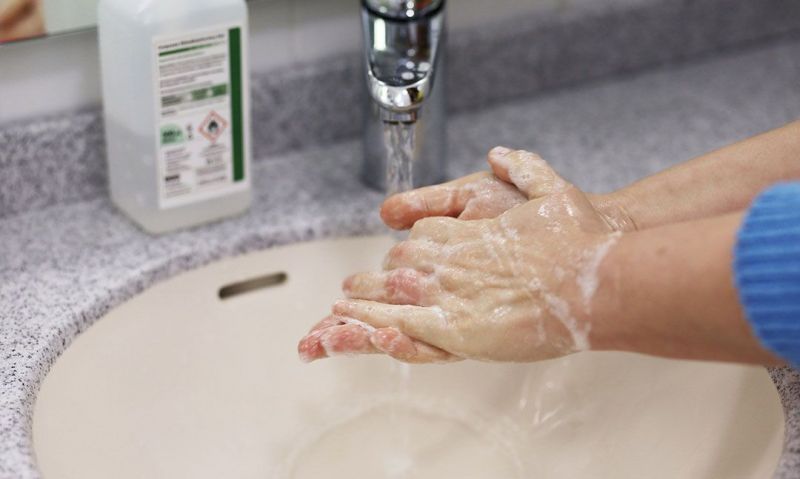 A reported 81,000 people in China have contracted COVID-19 – the coronavirus – with a reported death toll of 3,120 (and counting) in China alone.

Those numbers are probably low, given that Beijing has stifled information and suppressed the actual toll: Physicians in China leaked word that the virus claimed 108 people on a single day in early February; a week later, the single-day death toll was 242. By mid-February, the number of reported cases was jumping by 5,000 per day. While public health agencies, virologists, aid groups and militaries on five continents try to contain and extinguish the killer virus, China’s communist regime is simply trying to survive it.

The coronavirus -- or perhaps more accurately, public reaction to Beijing’s response to it – is just the latest in a series of crises that have sent shockwaves through the People’s Republic of China (PRC). History shows that authoritarian regimes – despite all their Potemkin certainty, sturdiness and solidity -- can only handle so many such shocks before they start to wobble.

What was arguably a manageable public-health problem mushroomed into a political crisis for Beijing – and a global pandemic – because PRC authorities feared a threat to their system of control.

As The Washington Post reports, when ophthalmologist Li Wenliang began to see cases of a SARS-like virus in December, he discussed the mysterious new sickness with other physicians in Wuhan, China, and “urged people to be careful” via his Weibo account (China’s Twitter knockoff).

For that display of independent thought, Li was arrested on charges of committing “illegal acts” and spreading “rumors.” He was released only after agreeing to sign a document admitting he had broken the law, “severely disrupted social order” and made “untrue statements.”

By February, Li was dead – one of the early victims of the very virus he tried to warn his neighbors and nation about.

Li’s ordeal has triggered fury across China, with more than 100,000 people turning his Weibo account into a memorial. His death generated 800 million comments on Weibo. Even a PRC magistrate released a statement concluding, “If society had at the time believed those ‘rumors,’ and wore masks, used disinfectant ... perhaps it would’ve meant we could better control the coronavirus today ... Rumors end when there is openness.”

This is why some observers compare the coronavirus crisis to the 1986 Chernobyl nuclear disaster, the mishandling of which undermined public support for the Soviet regime. Calling China’s coronavirus crisis “a biological Chernobyl,” Bradley Thayer of the University of Texas and Han Lianchao of Citizen Power Initiatives for China argue, “This type of regime is unable to address the problem because to do so threatens the legitimacy of the regime ... The Chinese Communist Party must suppress because failure or disasters threaten the legitimacy of the regime, which cannot be seen to fail.”

That’s exactly what happened in both Chernobyl and Wuhan. Yet even as millions panic and thousands suffer and die, PRC strongman Xi Jinping is hailing, “positive results.”

To be sure, the world’s democracies aren’t immune to epidemics or shocks. But as we have seen in recent weeks – and as we saw in the differing responses to Three Mile Island in the United States and Chernobyl in the USSR – democracies are equipped to handle the shocks far better than authoritarian regimes, which lack political legitimacy, public buy-in, transparency, consensus-based decisionmaking, flexibility and adaptivity. These are the characteristics that make liberal democracy superior to all other forms of government.

Along with the coronavirus crisis, the PRC faces at least four other shocks that could derail Xi’s “great rejuvenation of the Chinese nation.”

Internal revolt. Even as Beijing tries to cope with the fallout of the coronavirus crisis, it continues to wrestle with the crisis in Hong Kong. For two years, the people of Hong Kong have openly defied Beijing’s handpicked proconsul – and by extension, Beijing. Literally millions of people in Hong Kong have joined the anti-Beijing, pro-democracy protests.

And even as Beijing tries to cope with the Hong Kong crisis, it continues to wrestle with the ongoing crisis in Taiwan. For decades, the people of Taiwan have openly defied Beijing’s claim that they are part of Mainland China. In fact, 64 percent of Taiwanese oppose unification, which explains why they elected and then reelected a president whose party advocates Taiwan’s independence and sovereignty.

Hong Kong protesters gather under banners that read, “Hong Kong Is Not China.” The people of Taiwan have twice elected a leader who believes the same about Taiwan. And now there’s a growing symbiosis between these two defiantly and openly independent territories claimed by Beijing – as Taiwan’s president aligns herself with the Hong Kong protest movement; political refugees from Hong Kong flee to Taiwan; the Taiwanese hold massive rallies in support of Hong Kong; and the people of Hong Kong wave the flag of Taiwan.

These are terrifying developments for the Xi regime. The very heart of Xi’s political program is reunification of all Chinese peoples and territories. For Hong Kong and Taiwan to openly defy the Mainland is “a humiliating rejection of Beijing’s Asian centrality by an undeniably Chinese people,” as Robert Kagan of the Brookings Institution observes.

Weakening economy. Economic growth has significantly slowed in China. The annual change in China’s GDP has plunged from 14.2 percent in 2006-2007 to 6.1 percent in 2018-2019. The coronavirus crisis promises to decelerate China’s economy even further: Beijing barred 160 million workers from factories for weeks. Home sales in China are down 90 percent; car sales are down 80 percent. Rattled by the coronavirus, foreign firms are diversifying suppliers and shifting supply chains away from China.

Six-percent growth may sound enviable in America, where three-percent GDP growth is considered strong. But developed economies don’t expand like that. China’s economy needs to grow at a much faster pace to keep China’s masses content. If Xi fails to deliver the economic goods, his subjects will conclude that the tradeoff they have made with their government -- political docility in exchange for rising living standards – is not worth the cost. Perhaps they will even realize that their government has offered them a false choice.

External reaction. What’s true in physics is true in geopolitics: Every action has an equal and opposite reaction.

Since 2014, the PRC has constructed 3,200 acres of illegal islands in international waters – deploying SAM batteries, anti-ship missiles, military-grade runways and radar systems on these “Made in China” islands.

As it tries to annex the South China Sea piecemeal, the PRC continues a massive military expansion – a 170-percent increase in military spending the past decade, a 210-percent spike since 2000. The payoff: The PRC bristles with hundreds of anti-ship and anti-aircraft missiles, deploys a high-tech air force, and boasts a 335-ship navy.

The response from China’s neighbors has been a pleasant surprise. The Philippines challenged China’s maritime mischief before an international tribunal – and won. In 2018, Vietnam invited a U.S. aircraft carrier to make a port visit – the first since 1975. Another U.S. carrier visited this month. Japan has increased defense spending eight years in a row. South Korea is increasing defense spending by 7.1 percent annually between 2020 and 2024. Australia’s defense budget will climb 81 percent by 2025. India’s jumped 28.7 percent between 2013 and 2018.

The United States has shifted its national-defense focus from counterinsurgency and counterterror in the Middle East to containment in the Indo-Pacific. As just one example: The Navy ordered 850 anti-ship missiles for 2021 -- up from the 88 it requested for the entire 2016-2020 budget period.

Add it all up, and Xi’s actions have triggered the very thing his predecessors tried so desperately to avoid: the emergence of a counterbalancing coalition to contain China’s military and constrain China’s rise.

International outrage. The coronavirus crisis serves as a deafening counterpoint to the notion that Xi’s China represents the future. As dissident leader Xu Zhangrun observes, “A polity that is blatantly incapable of treating its own people properly can hardly be expected to treat the rest of the world well.”

Indeed, not only is Xi’s China a place where doctors are jailed for trying to protect people against killer contagions; it’s an ends-justify-the-means regime that has contempt for the individual at home and disdain for norms of behavior abroad.

Civil society groups, global NGOs, religious charities, and organizations committed to religious liberty, free speech and human rights have been publicizing these mega-crimes for decades. Only recently have they been able to out-argue the “trade über alles” caucus, which has long promised that markets would tame and reform the PRC.

Their arguments are having an effect. Secretary of State Mike Pompeo has drawn attention to Beijing “trampling the most basic human rights of its own citizens,” condemned “the gross human-rights violation of ethnic minorities in Xinjiang” and called Beijing’s treatment of the Uighurs “one of the worst human-rights crises of our time.” The European Parliament has joined in, approving sanctions against Chinese officials “responsible for severe repression of basic rights in Xinjiang.”

Even a committee of the United Nations, which is notoriously feckless when it comes to calling dictators to task, concludes that Beijing “has changed the Uighur autonomous region into something that resembles a massive internment camp ... a sort of ‘no rights zone.’”

Beijing is acutely sensitive to these issues and has no real answer to their public exposure – except systemic political reform, which would strike at the heart of the regime.

For nations, as for individuals, shocks and adversity do not forge character. Rather, they reveal character. And what these shocks reveal about Xi’s regime is ugly.

The PRC may look invincible and invulnerable, but so did yesterday’s authoritarian regimes. Then came some a shock – and everything changed.

For the Soviet Union, Chernobyl was one of a series of shocks that exposed the regime’s incompetence and callousness. The caskets returning from Afghanistan, the failure of economic reforms, the slowness of political reforms, the widening technological gap with the West, the futile arms race with the United States – all of these conspired to trigger a loss of confidence in the regime and ultimately its collapse.

For East Germany, the final shock was a bureaucratic blunder – a miscommunicated revision to the regime’s visa-application process.

For the Marcos regime in the Philippines, it was complicity in the assassination of an opposition leader and a nakedly rigged election.

For Tunisia’s autocracy, it was a lowly street-vendor’s response to government corruption.

This is not to say that we should expect a revolution in China next month or next year. The PRC of 2020 is not the GDR of 1989. China’s roots stretch back 2,600 years, and the current regime has shown a remarkable ability to withstand the freedom tsunami that began toppling dictatorships in the 1980s.

However, at some point, one of these shocks – or the collective force and toll of them all – will shake the Chinese people’s confidence in their backward, brutal government.