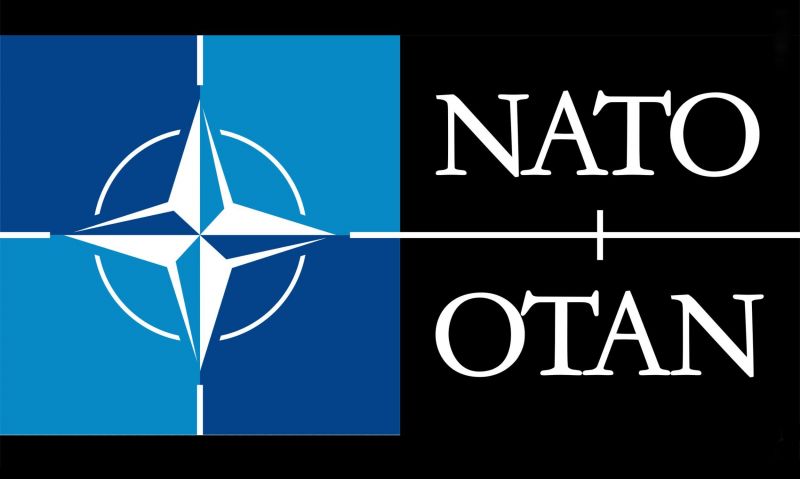 Yesterday NATO has relied on Strategic Concepts to guide alliance operations and deployments – and signal alliance adversaries – since its founding in 1949. Strategic Concepts have evolved as times and threats change, but all are premised on deterring war. As Lord Hastings Ismay, NATO’s first secretary-general, explained, “The paramount, the permanent, the all-absorbing business of NATO is to avoid war.”

NATO’s first Strategic Concept (1949) focused on developing “a maximum of strength through collective defense planning,” bringing together forces capable of “preventing war” and ensuring “the effective application of the military and industrial strength of the treaty nations in a common defense.” Toward that end, it steered the alliance toward fielding capabilities to “counter … enemy offensives against North Atlantic Treaty powers by all means available,” to “secure and control sea and air lines of communication,” and to “unite the strength of the North Atlantic Treaty nations in order to promote the preservation of peace.”

NATO’s second Strategic Concept (1952) aimed “to convince the USSR that war does not pay … to oppose, by all measures short of war, any peacetime attempts by the USSR or her satellites to increase their threat” against NATO members, “to achieve and maintain technical superiority … to provide mutual assistance” across the alliance, to accelerate the “standardization of equipment and coordination of production,” and to promote the “interchange of planning, intelligence and technical information.”

The third Strategic Concept (1957) called on each NATO member to “develop its military strength to the maximum extent … in harmony with the primary importance of protecting the NATO area, provide for its own defense and, where applicable, its defense commitments elsewhere.” The document added, “In order to preserve peace and security in the NATO area, it is essential that … hostile Soviet influence in non-NATO regions is countered.”

NATO issued its fourth Strategic Concept in 1966, calling for deterrence “by confronting any possible, threatened or actual aggression, ranging from covert operations to all-out nuclear war.” Warsaw Pact members, NATO declared, “must not be given any reason to think that they could gain their objectives by the threat or use of military force against any part of the North Atlantic Treaty area.” The document also trumpeted the concept of “forward defense” and warned of “major aggression, possibly supported by tactical nuclear and chemical weapons,” as well as “limited aggression … against an individual NATO country.”

With the fall of the Berlin Wall and retreat of the Soviet Empire, the 1991 Strategic Concept hailed a “radically improved … security environment” – and understandably so. The document pointed to the regained sovereignty of the USSR's former vassals in Eastern Europe, the independence of the Baltics, the withdrawal of Soviet forces from Hungary and Czechoslovakia, and the reunification of Germany. “General war in Europe has become highly unlikely,” the document cheered. “The threat of a simultaneous, full-scale attack on all of NATO's European fronts has effectively been removed.” NATO’s commitment to deterrence and its all-for-one Article V obligations remained, but there was a dramatic shift away from “the concept of forward defense towards a reduced forward presence.

The 1999 Strategic Concept committed the alliance to stability in the Balkans, “peace support operations,” “cooperation and dialogue … with Russia,” “extending stability” into Eastern Europe, pursuing “common interest, reciprocity and transparency” with Russia, and building “a lasting and inclusive peace in the Euro-Atlantic area based on the principles of democracy and cooperative security.”

Even in the 2010 Strategic Concept – drafted after Russia’s invasion of NATO aspirant Georgia – NATO leaders clung to hopes of “a true strategic partnership between NATO and Russia” and “practical cooperation with Russia.” The document declared that the “threat of a conventional attack against NATO territory is low.” And it made no mention of the Arctic, the Indo-Pacific, China or the threat posed by the emerging China-Russia entente.

Today That brings us to the 2022 Strategic Concept. What’s most striking and revealing is how little it has in common with the 1991, 1999 and 2010 documents, how much it echoes Cold War-era Strategic Concepts, and how much the world has changed – or more accurately, changed back.

Noting that the Russian Federation’s war of aggression against Ukraine “has shattered peace and gravely altered our security environment,” the new Strategic Concept explains that NATO faces an era of “strategic competition” and “pervasive instability.” The document labels Putin’s Russia a “direct threat to allies’ security and to peace and stability in the Euro-Atlantic.” It confirms what some of us have warned for the better part of two decades – that “we cannot consider the Russian Federation to be our partner.” And like the 1966 document, the text warns that NATO “cannot discount the possibility of an attack.”

Echoing the 1949 Strategic Concept, the new Strategic Concept commits the allies to “enhance the collective readiness, responsiveness, deployability, integration and interoperability of our forces.”

The new Strategic Concept vows to “deter and defend forward with robust in-place, multi-domain, combat-ready forces, enhanced command and control arrangements, prepositioned ammunition and equipment, and improved capacity and infrastructure to rapidly reinforce any ally.” Here, the alliance borrows from the 1952 Strategic Concept’s commitment to enhance the quality and quantity of weapons systems NATO-wide, as well as the 1966 document’s commitment to “forward defense.”

To enhance NATO’s deterrent posture, the new Strategic Concept directs allies to “increase the alignment of national and NATO defense plans … strengthen and modernize the NATO force structure … (and) enhance the collective readiness, responsiveness, deployability, integration and interoperability of our forces.” NATO’s leaders warn, “No one should doubt our strength and resolve to defend every inch of allied territory.” In this, the alliance is repeating the 1966 Strategic Concept’s warning against Moscow gambling with “the threat or use of military force against any part of the North Atlantic Treaty area.”

The new Strategic Concept recognizes that the threats to NATO are not confined to Europe – and that the Kremlin is not the sole source of threats.

“Cyberspace is contested at all times,” the 2022 strategy declares. The document warns that malign actors “seek to degrade our critical infrastructure, interfere with our government services, extract intelligence, steal intellectual property and impede our military activities.”

The document adds that hostile regimes “are investing in technologies that could restrict our access and freedom to operate in space, degrade our space capabilities, target our civilian and military infrastructure, impair our defense, and harm our security.”

The Strategic Concept labels Russia’s actions in the Arctic “a strategic challenge” and raises alarms over Russia’s “capability to disrupt allied reinforcements and freedom of navigation across the North Atlantic.”

Half a world away, the PRC is identified – for the first time ever in a NATO Strategic Concept – as a threat. The PRC’s “ambitions and coercive policies challenge our interests, security and values,” the Strategic Concept declares. Like the 1957 document’s linkage of security in the NATO footprint with threats from non-NATO regions, the 2022 Strategic Concept calls on NATO allies to contribute to Indo-Pacific security, to “stand up for our shared values and the rules-based international order, including freedom of navigation,” and to “strengthen dialogue and cooperation with new and existing partners in the Indo-Pacific to tackle cross-regional challenges.”

The document calls out Beijing’s “malicious hybrid and cyber operations … confrontational rhetoric and disinformation” against NATO members. It condemns Beijing’s efforts “to subvert the rules-based international order” and declares that “the deepening strategic partnership between the People’s Republic of China and the Russian Federation and their mutually reinforcing attempts to undercut the rules-based international order run counter to our values and interests.”

Actions NATO is backing up its words with actions.

Alliance leaders are massively expanding the NATO Response Force from 40,000 troops to 300,000.

Similarly, NATO is creating a new quick-response cyberdefense unit. The Strategic Concept puts NATO’s adversaries on notice that a “single or cumulative set of malicious cyber activities … could reach the level of armed attack and could lead the North Atlantic Council to invoke Article V.”

NATO is fielding four new battlegroups in Bulgaria, Hungary, Romania and Slovakia. These battlegroups are in addition to existing battlegroups in Estonia, Latvia, Lithuania and Poland, which were formed after Russia’s 2014 assault on Ukraine.

As the White House details, the United States is standing up a permanent V Corps Headquarters Forward Command in Poland; basing a Brigade Combat Team in Romania; deploying armored, aviation, air-defense and special-operations forces across the Baltics; stationing additional warships in Spain; and basing two F-35 squadrons in Britain. With 102,000 troops now in the European theater, U.S. troop strength in NATO Europe has increased 30% since late 2021.

These back-to-the-future policies represent a complete reversal of Washington’s shortsighted decisions between 2011 and 2013 to withdraw all of America’s heavy armor from Europe, deactivate the Navy’s North Atlantic-focused 2nd Fleet and shutter the Army’s Germany-based V Corps.

Finally, Finland and Sweden are adding their formidable military capabilities, technological prowess and optimal geographic placement to the alliance – significantly enhancing NATO’s strategic depth and deterrent posture in the Baltics and the Arctic.

“We put ourselves, by our own will and by necessity, into defensive alliances with countries all around the globe,” President Kennedy once declared. With Pearl Harbor, Normandy, Okinawa and Iwo Jima still fresh in their memory, his generation understood that alliances like NATO defend American interests and deter great-power war.

New generations of Americans – and Europeans – are relearning this enduring truth.