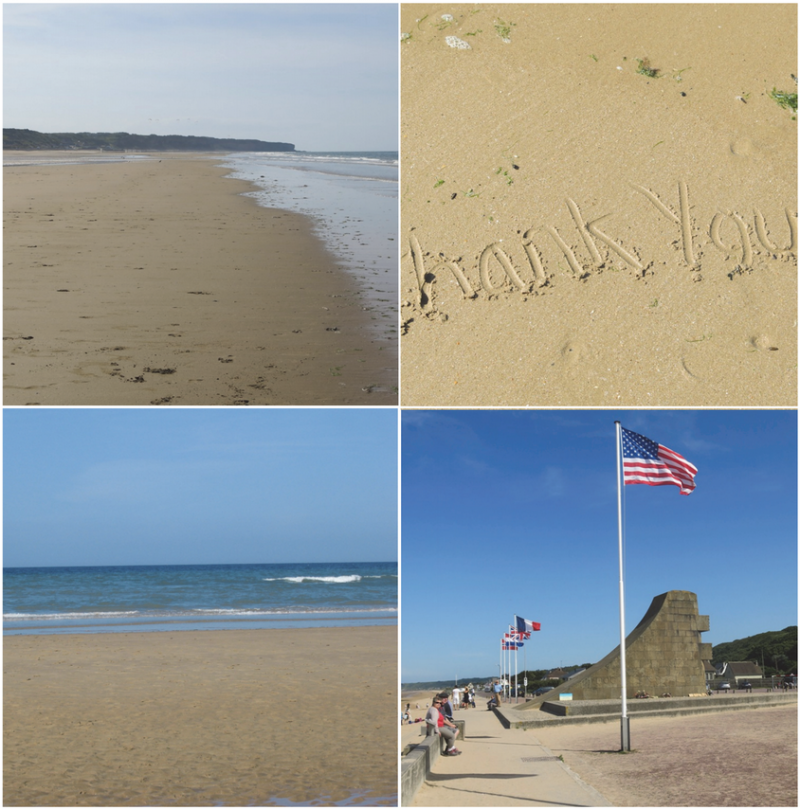 For veterans who served on D-Day at the beaches of Normandy, France, sand taken from Omaha and Utah Beach is available as a thank you.

Pastor John McWilliams and his wife were preparing for a trip to Europe to celebrate their 40th wedding anniversary. Though his ministry has taken him all over the globe, he hadn't made it to Normandy, France.

As he watched one of the many documentaries airing on television leading up to the 70th anniversary events, McWilliams remembered one short sequence that piqued his interest: a veteran standing on a beach.

"Then he all of a sudden bent down, picked up a couple of clumps of sand in his hands and very gingerly put it in a Ziploc bag to take with him," McWilliams said. He said it appeared to the soldier that the sand was "sacred ground."

McWilliams gathered sand from Omaha Beach just days after the D-Day 70th anniversary ceremonies. He brought home 15 pounds in two large Ziploc bags, and wants to divide it among the veterans who served there on that day. (A friend brought home five pounds from Utah Beach a few months later.)

His wife wrote "Thank you" in the sand, and they snapped a photo. That photo, along with a few others of the beach, are included in a clear envelope with a thank you letter when sent to the veterans. The presentation gives the illusion of the sand actually being on the beach.

"The goal was to be able to offer a little bit of that to any D-Day veteran here in the U.S. who might like to have it," he said. "What we're trying to do to honor them is to send them this sand."

This era might be important to McWilliams because his father, John H. McWilliams, was a World War II veteran, although he didn't serve in the European Theater.

"But to me D-Day represents the beginning of the end of the Third Reich. That invasion was really the invasion that saved the world, if you will," he said. He doesn't intend the project as a slight to veterans from other conflicts or other wars.

Instead, McWilliams said he sees D-Day as a "turning point.... And had that failed, the whole thing would have failed. The war could have been lost."

"That expands it out to a lot more than we can handle at this moment," McWilliams said, although he added that policy could change with time.

He's sent sand to about a dozen veterans so far, and has enough to send to more than 500.

"If only one person had accepted it, if we'd only got to one person it would have been worth it as far as I'm concerned. But we’re certainly going to honor more than that," McWilliams said.

However, the veterans must know they are receiving it. While McWilliams has received requests for sand as gifts for D-Day veterans, he said he doesn't want to force what might be for some "the most horrible day" of memories back to the fore.

As he works to reach and recognize these veterans, he said the actual idea of what they accomplished is "hard to grasp."

"People see pictures of it [the beach] all the time. It's a huge beach, it's a long beach, it's a wide beach. When I was there the tide was way out, and I would just say standing on that beach is just such a humbling thing - to try and envision what took place there, to look out at that English Channel and to say there were [more than] 5,000 ships out here and airplanes and men and boats and people everywhere," he said. "It's a very humbling thing to stand on that beach and to say to yourself, this is where men came to save the world, and that's what they did."