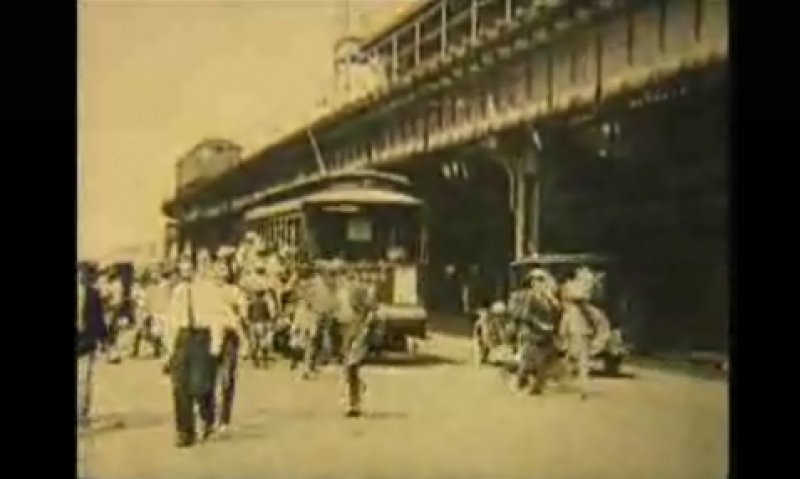 Calling themselves the “Second American Expeditionary Force,” 20,000 men and women of The American Legion and Auxiliary journeyed to France in September 1927 for the Legion’s 9th National Convention.

The conventioneers frolicked at Coney Island, New York, before sailing across the Atlantic on board the steamship Leviathan. Gen. John J. Pershing accompanied National Commander Howard P. Savage on the voyage. In Paris, both men – along with many other distinguished Legion guests – attended a dinner party hosted by French president Gaston Doumergue.

Many highlights of the 1927 convention were captured on 16mm film, recently transferred to digital format by the Legion’s national headquarters in Indianapolis.

Scenes in the edited version include great shots of people enjoying the rides at Coney Island, various shots of the Atlantic voyage, and the Legion parade in Paris. If you look carefully, you’ll see Cdr. Savage in the back seat of a car, flanked by Gen. Pershing and French Gen. Ferdinand Foch (supreme Allied commander during the last year of the war).

The excerpts conclude with visits to battlefields and a cemetery, with the rebuilt bridge over the Marne River as the final image. The earlier bridge was blown up in the Second Battle of the Marne (July-August 1918), in which eight U.S. infantry divisions fought.

The September 1927 issue of The American Legion Magazine published an advance story on the Paris convention, noting that “The city which keeps alive the memory of its dead will extend to the Second A.E.F. a welcome that will be mellowed by remembrance of the joint sacrifice of two nations.”