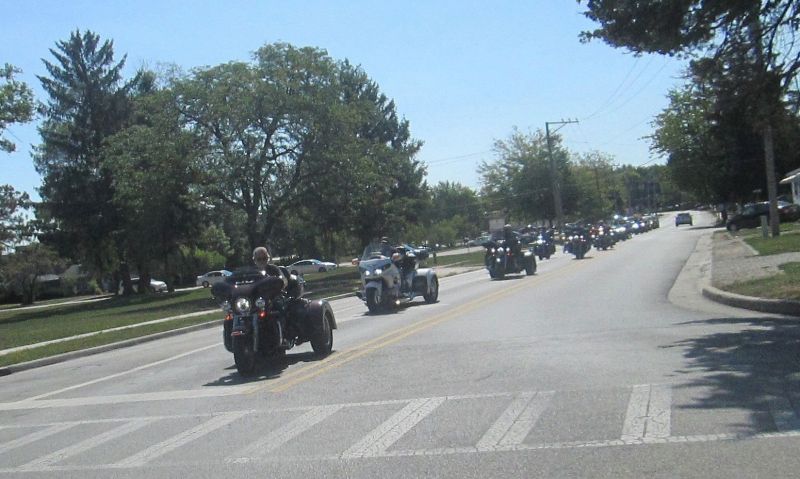 When Sons of The American Legion member Bob Lawrence’s older brother, U.S. Marine Corps Vietnam War veteran William B. Lawrence, died in 2013, Bob wanted to do something to honor not just his brother, but other veterans as well.

That’s when Lawrence – the Sons of The American Legion Squadron 395 adjutant in Plano, Ill., and American Legion Riders 12th District and Chapter 181 (Sandwich) director – started Chapter 181’s Armed Forces Ride. Now in its 10th year, it has raised around $20,000 to fund the creation of a memorial while also assisting other veteran and military charities.

Lawrence said some of the money raised has gone toward purchasing a monument that honors Gulf War veterans, as well as veterans of the Global War on Terror “just so they’re being recognized in the community and the world. This is a chance to just honor veterans in general.” The chapter is in the process of raising funds to construct the base for the monument, which will be displayed in downtown Sandwich.

The annual ride also has allowed Chapter 181 to donate to The American Legion Legacy Scholarship Fund, as well as Rolling Thunder and other veteran-centric charities.

This year’s ride took place Sept. 24 and included around 37 motorcycles. The participants started at VFW Post 1486 in Sandwich and made stops at American Legion Post 294 in Morris, Post 33 in Ottawa and Post 66 in DeKalb before finishing back up in Sandwich. Participants were provided breakfast and lunch while also taking part in raffles for gift baskets.

Lawrence said the Armed Forces Ride is “something that we look forward to every year. It’s very rewarding for us, that we’re able to help people.”