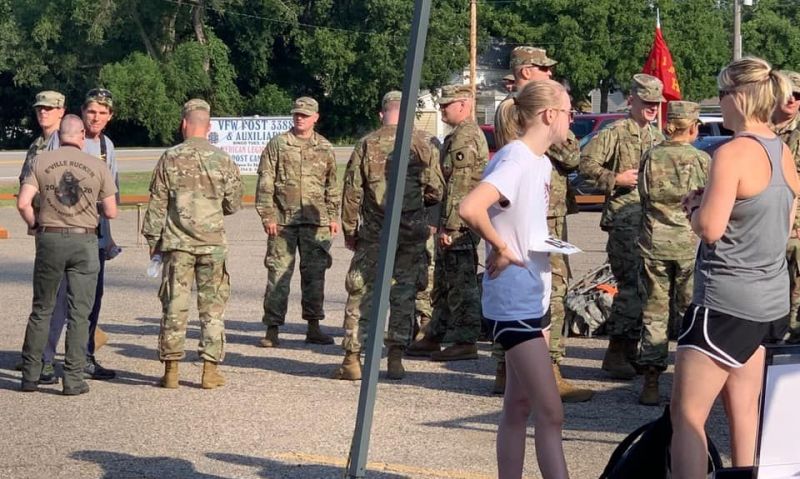 Since 2018, American Legion Post 91 in Estherville, Iowa, has staged what it calls the Estherville Rucker Warrior Ruck. It’s an event designed to help the post raise funds for its assistance programs that include scholarships for area veterans and their descendants.

But the event also serves additional purposes: to let the National Guardsmen based in and around Estherville know that someone is looking out for them in their families. And to let them know The American Legion has a place for them within its ranks.

“There aren’t many (active-duty military) in our post right now,” said Post 91 Commander Perry Russell. “That’s kind of how we feel we’re going to grow: building that relationship with the active-duty guys and girls right now.”

This year’s Warrior Ruck will take place Oct 23 at the Iowa National Guard Armory in Estherville. It will include both 2.5-mile and 10k rucks, with trophies for the winners in each category. Every ruck participant receives a challenge coin.

While civilian participants are charged an entry fee, the event is free to those currently serving in the military. “We don’t charge them because we’re doing it for them. To honor them,” said Russell, noting this year’s ruck also will serve as a welcome home for Guardsmen who recently returned home from deployments to the Middle East.

Russell, 52, said he rucks daily as a form of exercise, and after joining Post 91 he began getting other Legionnaires involved with rucks. When he learned that they could stage ruck events, the idea for the Warrior Ruck was born.

“We spend time at the local National Guard post here in town, get together with them and do stuff with them,” Russell said. “We find out what they need and try to bridge that gap.”