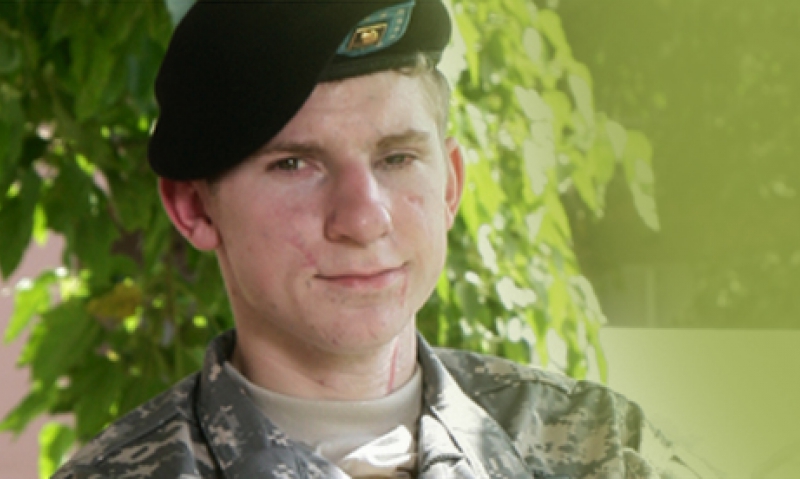 Brendan Marrocco wanted to join the Army long before he enlisted in January 2008. His reservation was waiting until he was 21: “I didn’t think I had the ability,” he says.

Friends and family say the Staten Island, N.Y., native – once a model of laid-back behavior and an attitude of just getting by – found his calling as a soldier.

“He loves the Army,” says Lt. Rich Kilcoyne, Brendan’s platoon leader. “He is smart and mature. He’s an excellent soldier.”

He was moving up. And the drive the Army fueled within Brendan was magnified after a roadside bomb attack in northern Iraq claimed his arms and legs and damaged his left eye. He continues to exhibit that drive today as he remakes his life with prosthetic limbs and exhausting rehabilitation sessions.

“He wants to live independently,” says Brendan’s mother, Michelle. “He’s not letting any obstacle in life stop him. And he’s had some obstacles handed to him.”

Brendan is unsure where this drive comes from. “I haven’t the slightest idea,” he says, laughing. “Because I am one of the laziest people in the world.”

Not when it comes to healing.

Brendan made it clear soon after arriving at Walter Reed Army Medical Center in Washington that his goal was to stand on the runway on his new legs when his unit returned from Iraq. “I really wanted my guys to see me up and walking,” he says.

“He wanted to show them he was a functional person,” adds his brother, Mike, who lives with Brendan at Walter Reed and serves as his non-medical attendant.

Brendan shared this wish with Command Sgt. Maj. Jeff Mellinger, who regularly visits servicemembers at Walter Reed. “Very shortly after I met him, I knew he was going to make it,” says Mellinger, who serves with the Army Materiel Command in Fort Belvoir, Va. “There is something about his personality and grit and determination. He really is an amazing young man. And most of it is his attitude.”

Five weeks into his stay at Walter Reed, Brendan began working with his first prosthetic legs – an 18-inch starter pair called “stubbies.” As he mastered one set, he moved to taller, more sophisticated ones, with articulating knees and electrical components that help with movement and gait. “I’m on my third set of legs,” Brendan says. “They are fantastic. It makes things go a lot easier”

Jerry Johnson, The American Legion service officer stationed at Walter Reed, has been visiting Brendan since the day after he arrived. Like most people, he’s struck by the pace of the young soldier’s recovery. “It’s amazing to see him,” Johnson says. “He has done so much in a few months. If he keeps that attitude after he’s released from service, there’s nothing he won’t be able to do.”

Brendan’s recovery astounds his unit as well. “I would get updates from his father and I would go down to the platoon and share them,” Kilcoyne says. “The guys were equally shocked and encouraged.”

Alex Marrocco credits his oldest son, Mike, who quit his job with Citibank in Manhattan and moved to Walter Reed soon after Brendan was impaired. “It makes a huge difference to Brendan,” Alex says. “Mike’s presence has a direct bearing on Brendan’s state of mind, and Brendan’s drive and will to recover.”

For Brendan, however, the journey has been anything but quick. “Learning to walk has definitely been the most challenging,” he says. “For me, it feels like (it has taken) a long time.”

On a typical day at Walter Reed, Brendan and Mike head to physical therapy at about 9 a.m. Brendan stretches, puts on his prosthetic legs, and then takes a lap using a walker around the Military Advanced Training Center track. Then Brendan casts the walker aside and continues doing laps, usually walking until about 11 a.m. Next, his focus shifts to occupational therapy and working with his arms. The brothers get two hours for lunch, then go back for more arm work. Doctor’s appointments and other workouts are also added to the steady therapy sessions.

He confronts frustration. “There were plenty of times he would try to do something, and it wouldn’t work out,” Mike says. “One of my jobs is playing it off like it’s no big deal... keeping things light if they don’t work out for him.”

Brendan maintains a great rapport with his medical team, which Mike says is superb. “The quality of the therapists at Walter Reed is phenomenal,” Mike says. “They are doing what they love, and it shows.”

Like many amputees, Brendan struggles with phantom limb pain, as well as bone growth in his thighs, his family says. He also has no release date. Brendan will be at Walter Reed for up to two more years.

Beyond that, “he does understand he will have to modify his life,” Alex says. “He also knows he does have a life to live. He’s constantly looking at the positive, and never gets bogged down by the negative.”

But joining the Army in the first place? “To this day,” Brendan says, “it’s the best decision I’ve made.”